Yamoah, One of The Barn’s Boldest, Reflects Back

Warwick Valley, NY – To the average outside, it would seem Track and Field athletes have a language all their own.  All this talk of PR’s, Fartlek’s, and VO2 Max means little to the outside world, but bring it up with a runner, and you can talk for hours.  In New York State, there is another phrase that athletes can call their own, pole vaulters especially: “I’m heading to the Barn.” 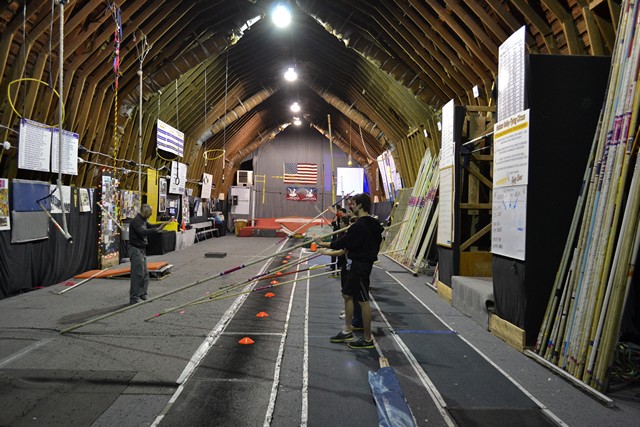 A mecca for Pole Vaulters in New York, the barn offers a indoor facility, (yes, it really is in a barn), for athletes to soar.  Home of the Hudson Valley Flying Circus Pole Vault club, the name fits the atmosphere.  With rings hanging from the ceiling, springboards a’plenty, and more than a fair share of ways to leave the ground, The Barn promotes athletes to not fear gravity.

The facility is owned and operated by Pole Vault Guru Tim St. Lawrence.  Much like the facility itself, the unassuming man on the outside is filled with more knowledge, excitement, and enthusiasm for the sport that it overflows around him.  The excitement is contagious, inspiring all those around him to  take up a pole, and get off the ground. 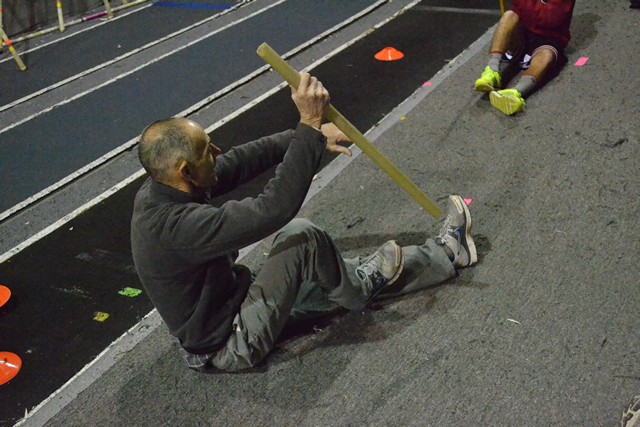 This approach has worked wonders for the coach, as many athletes cite him as their inspiration to succeed.  The walls are filled with newspaper clippings of his athlete’s latest triumphs, usually with him by their side.  The “High Flyers” list includes some of New York’s best, past and current. 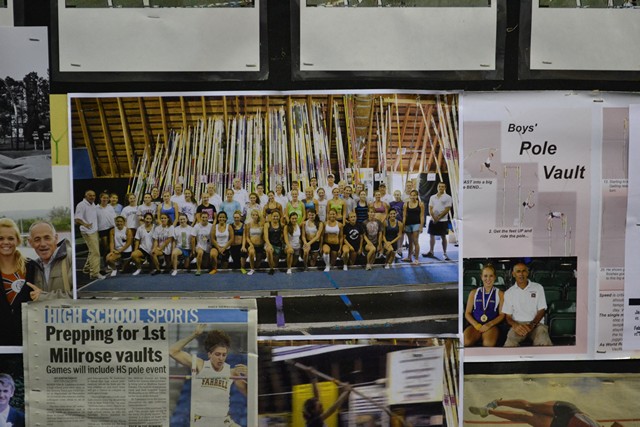 We caught up with one St.’s former athletes, still drawing upon the motivation instilled in him as a freshmen.  Jordan Yamoah, formerly of Arlington high school, just had his first jump as a collegiate athlete this past weekend at the Masked Rider Open.

“I’m at Texas A&M- Kingsville now,” Yamoah told MileSplit.  “It’s was my first competition since I graduated high school (in 2011), so there was this nervous excitement about it.  I had originally wanted to play it safe, but when I saw the bar keep going up, I went up with it.  I opened my season with a personal best of 17-3, so I am very happy with that performance.”

Yamoah’s first mark is surely a sign of things to come.  But this performance did not come from nothing.  Yamoah is still the High School state record holder back in New York both indoors and outdoors, guided by his time at The Barn with coach St. Lawrence, as well as the influence from his high school coach Steve Arnett.

“I can still remember my first time going to The Barn.  Everywhere I went, people were telling me that it would take almost a week before I could start Pole Vaulting for the first time.  Then I came to coach St. Lawrence, and he told me I could be over a bar in about two days.  I wasn’t too sure about that, but just his enthusiasm and knowledge of the sport motivated me, and two days later, I was clearing the bar.”

Those clearances’ kept on coming, higher and higher each year.  They culminated indoors with his State Record hitting jump of 17-1

“I can still remember that day, I was only going for the win.  17 feet had always been a goal of mine, something to look forward for, but I never really thought I would hit it.  I was clearing heights that day, and I just set the bar up that high, hoping for the best.  I took my approach, and thought I was going to hit (the bar) on the way up.  My eyes were closed coming down, and when I finally opened them and looked up, I saw the bar was still there.  All I could do was stand up and scream: I finally cleared my goal!”

Those days now past him, Yamoah has his eyes ever upward.  Competing collegiately, he now leads all Division II marks in the country.

“(Competing collegiately) is not that different than how it used to be.  I think the biggest difference is the approach to training.  In high school, it was all about technique, get your body to work in the specific motions.  In college, a lot of my time is spent in the weight room, getting my base strength up.  We still work on technique, and I can still remember all the tricks I learned back in high school.”

“If there is one thing I could tell high schoolers back home, it would be to always set your goals high, and to never take you eyes’ off them.  You never want to stop trying to hit those heights, whether it be in the Pole Vault or on the track.  Keep your goals high, and never stop fighting.”

Jordan Yamoah’s next competition is on the 2nd of February. 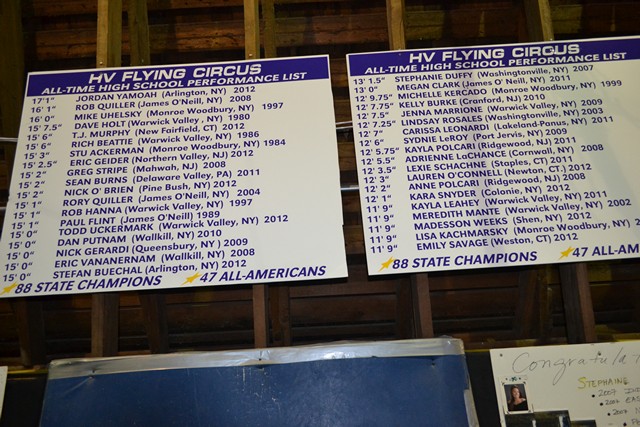 and VO2 Max means little to the outside worldand you can talk for hours. In New York Statebut bring it up with a runnerFartlek'sit would seem Track and Field athletes have a language all their own. All this talk of PR'sNY - To the average outsideOne of The Barn's Boldestpole vaulters especially: "I'm heading to the Barn."Reflects Backthere is another phrase that athletes can call their ownWarwick ValleyYamoah
sharing