AIR FORCE ACADEMY — Knowing a little about the background of Cale and Rob Simmons, it’s difficult to believe they have yet to face what might be their scariest challenge.

The identical twins just graduated from the Air Force Academy. That’s a challenge in itself, but both also compete in the pole vault for the Falcons’ Mountain West champion track and field team. The event isn’t for weak-kneed competitors when you consider that they let a fiberglass pole hurl them more than 18 feet in the air and there’s nothing to hold on to on the way down.

The Simmons brothers finished first and second at the conference meet in Las Vegas this month and will compete this weekend at the NCAA West Regional in Austin, Texas. Cale won the conference outdoor title for the second year in a row and Rob cleared 18 feet for the first time in his career.

Competition in the pole vault might seem tame to these 5-foot-10 daredevils, who talk about their activities as if discussing a game of Scrabble.

“Skydiving would be right up there,” Cale said of his biggest challenge. “We do rock climbing.”

Rob took a ride in an F-16 fighter jet a couple of weeks ago.

When they were growing up in Rocklin, Calif., their father, Craig, said the boys did everything together. And that has continued at the academy.

“They’ve never been apart,” Craig said in a telephone interview. “It’s going to be an adjustment for them when they go on to their next assignments. I think they’ll handle it all right, but you never know.”

Asked if he’s afraid of anything, Cale smiled and said: “I’m not really afraid of many things.”

“We’re not huge risk-takers,” said Rob, who will go to pilot training in Texas. “We plan well for whatever we do. We make sure that whatever we’re going to do, we do it right.”

Their next challenge is the West Regional; the pole vault finals are Saturday. The top 12 finishers in the event at the West Regional advance to the NCAA championships (June 5-8) in Eugene, Ore.

Cale has an advantage because he went through the pressure of advancing to the 2012 NCAA championships, where he finished fifth in the finals.

“I learned how to compete at that level without freaking out or being stressed out,” said Cale, who is awaiting the start of his active-duty assignment in Germany. “You learn how to stay focused on the competition and not let other factors get involved.”

Rob didn’t compete last season because of injuries. The break gave him an opportunity to re-energize his love for the sport. Now he’s had his best season ever.

“I kind of got burnt out,” Rob said, “but I regained the passion and came back this year.”

Craig Simmons started the pole vault craze in the family when he began vaulting in high school. The twins’ older sister, Rachel, was an Air Force cadet too and competed for the women’s team (2008-10). She has the fifth-best leap in the AFA women’s pole vault record book.

All three competed at the 2010 conference meet, their last together before Rachel was commissioned as a second lieutenant. She is in pilot training at Laughlin Air Force Base in Del Rio, Texas.

Scott Steffan, who coaches the Falcons’ pole vaulters, wonders whether there has ever been another NCAA team that had twin brothers who cleared 18 feet in the event. Another pole vaulter for the Falcons, sophomore Joey Uhle of Powell, Ohio, is a twin too but his brother attends Virginia Tech. Uhle is ranked fifth (18-1) going into the West Regional. Air Force is sending a school- record 23 athletes to the meet.

The Simmons twins’ precompetition ritual Friday will be the same — a burger and a 5-pound bag of Skittles, which they share with the team. “It’s taken me four years to really be able to tell them apart,” said Air Force head coach Ralph Lindeman. “They even look the same when they’re vaulting. I think I’ve gotten to the point where I’m right at least about 80 percent of the time.” 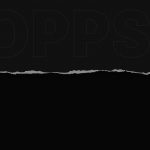