Nearly every time Caleb Monticalvo picked up a pole to vault over the crossbars as a high school athlete, the collegiate scouts told him to put it back down.

Standing at 5 feet 7 and ¾ inches, Monticalvo stood far short of the typical pole vaulter’s physique but that didn’t matter to him.

Monticalvo’s ability to ignore the nay-sayers has led him to a college championship and a record pole vaulting mark in the Philippines, and Olympic aspirations.

“I know I am nowhere near being the best, but I truly feel as though I train harder than anybody, so one day I can be the best.” Monticalvo said. “I have so much to learn still, but I am having fun. I couldn’t be so thankful with all the help and support from family and friends.”

Monticalvo just completed his final year of competition at California State University, Stanislaus. He had to spend his first year watching and honing his skills from the sidelines because he wasn’t eligible to compete, a decision that has taken him to new heights.

“I was upset at first, but I guess that was a blessing in disguise, because that allowed me to channel my focus to pole vault and work even harder for the following season,” Monticalvo said. “I was just having fun out there and finally going to a four-year university. Competing in pole vault made me have structure in my life.”

During his junior year in 2011-12, Monticalvo put his pole vaulting on a new trajectory and exceeded all expectations when he won an All-American and the California Collegiate Athletic Association Conference championship with a 5.03 meter mark.

All the hard work and dedication has paid off for Monticalvo in more ways than he ever expected, topping off his collegiate career as a two-time All-American and the CCAA champion in 2012.

“My mom wanted me out of the house, so I had to get a job or I had to do sports,” Monticalvo said. It was football, wrestling or get a job and I decided to do a third sport.”

Monticalvo never considered himself a serious contender until his senior year at Escondido, when he launched himself into the air and set a valley league meet record at 14 feet. That same year Escondido High’s track and field team won the CIF Division I championship. 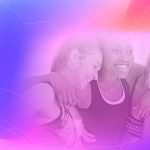