Another Big One is coming for the University of South Dakota

The pole vault team at the University of South Dakota is yet another university team with extraordinary talent.  The Coyotes of USD, located in Vermillion, South Dakota, have the benefit of a coach and staff with a lot of experience and knowledge, which surely is a main reason they are in the noteworthy position they find themselves.  Vault Coach Derek Miles tells us how active the USD vaulters are in competing:  “USD is a Div. 1 program located in the Midwest competing in the Summit League Conference.  USD also falls into the West Region for the NCAA Championships so we travel extensively for good conditions and to compete against the best in the nation on a regular basis.”

Here is the impressive profile of Coach Miles that was given to us by the USD coaching staff:  “Derek Miles has coached for 10 years.  From 1996-2001 he coached as a graduate assistant and assistant coach at USD, coaching conference champions as well as a national champion.  From 2001 to 2008 he relocated to Jonesboro, AR to train at Bell Athletics.  During that time he focused on his professional track career, ranking top 5 in the world 6 times while also helping and coaching fellow professional vaulters at the training center.  Following surgery in 2007 he moved back to SD to focus on his physical training under the guidance of USD coach Lucky Huber.   In 2009 he began coaching at USD once again while still competing professionally.   Since 2009 he has coached his vaulters to 8 conference titles, 3 Div. 1 All-American honors and two athletes to the 2012 Olympic Trials.  During that time he maintained a top 10 world ranking and won 2 more US national titles.”

However successful Coach Miles is, great coaching stems from great coaching and he has valuable help from his own coach, Lucky Huber.  The information we received from the coaching staff also tells us that, “Derek Miles is responsible for the vaulters, but, in addition to that, Lucky Huber is the Director of Track and field at USD who coached Derek during his college and professional career.   Both have extensive and valuable experience in the sport.”  With such an extensive legacy of experience it is no wonder USD is doing so well.

Any athlete would be fortunate to be part of a team like the pole vaulters of USD, and probably wonders what it takes to join.  So, we asked Coach Miles what they look for when choosing their vaulters.  “Well we actually don’t have a hard core requirement for our team,” he told us.  “A lot of the recruiting process comes from a personal evaluation of skill, physical ability and personality.  The strength of our squad is in the dedication to the sport and the willingness to put the group above the individual.  In that environment the individual flourishes even more than they anticipated and the group follows suit.  We like to make sure, on a visit, that the student athlete not only compliments the group, but gets the opportunity to see what a close, family-like experience being part of this vault squad really is.  Because our goal is to be as competitive as possible at the national level we like to see guys around the 5.00m and higher mark and women at 3.85m or higher.  However, those are just ball park heights and don’t necessarily govern our decision-making process.  Our knowledge of the sport will always guide our decision-making process and remain the foundation of our system.”

We also found out some information about the pole vault program at USD from Coach Miles.  When it comes to training, athletes and philosophy Coach Miles says, “Our program has always had a successful tradition of pole vaulting.  From national champions, both men and women, to multiple athletes at last year’s Olympic Trials our goal will always revolve around trying to be one of the best programs in the country.  We have 5 female vaulters and 4 males.  Our philosophy is to have a smaller squad for several specific reasons.  Primarily we do this because of the nature of the sport.  The pole vault is a complicated event, requiring a lot of time, but additionally, just as important as the runway time, are the details in the other aspects of training from gymnastics, sprint mechanics, weight training, core, stability etc.  Having more than around 12 total vaulters makes it difficult to get the one-on-one attention everyone needs on a daily basis.”

“The Dakota Dome is our home,” Coach Miles said when asked about the training equipment and facilities at USD.  “A multi-million dollar 8-lane 200m track remains the hub for our program in which the pits stay down throughout the year.  That same facility houses our athletic training room, weight room, pool, pole-flexing system, rings, bars and video analysis system along with a gymnastics facility just a few blocks away.  We also have an outdoor track we train on and plans for a brand new, state of the art track complex in the works for 2013.”

Coyote vaulters keep their training in perspective too.  Coach Miles says, “We begin organizing as a team about early to mid September.  Prior to coming back to school, however, they have a 3-4 week prep phase they do on their own to prepare for our fall program.  The season can and did extend well into the middle of the summer for some of our athletes with domestic and international competitions, but it’s crucial that they all take some time off during the summer at some point.  During the off-season we like to get away from the vault, be active, have fun and come back the following year refreshed, hungry and healthy.  Starting the fall healthy and in pretty good shape makes a big difference throughout the course of the year.”

Keeping things in perspective includes having fun in addition to training.  According to Coach Miles this team has no trouble with the idea of fun.  “This group always has a lot of fun,” he says.  “There are a few pranksters so you constantly have to watch your back.  We have impromptu dress up competitions during practice that always bring out some interesting costumes.  We have vaulter nights where the squad gets together for great food and fun.  When the team travels, and time permits, we visit some fun locations (Beaches, landmarks, downtown areas etc.).  We also have training trips to great pole vault locations during different parts of the season to keep things fresh.”

The coaching, equipment and training may be top-notch, but there is also something special with the team itself at USD.  This is evident in how fondly Coach Miles speaks of his team.  “We feel everyone brings something to the table in some way- whether it is leadership, dedication, knowledge or even humor,” says Coach Miles.  “We don’t have a captain, but our older kids are always there to mentor on and off the track.  On the runway, three of our athletes made it to the first round of the National Meet last year with 2 advancing to the finals.  Junior Kyle Ballew jumped 5.35m (17’6”) during the 2012 season, but just missed making it out of the NCAA West Regional Championships.  On the women’s side, 2 finished in the top 8 to claim All-American status at the NCAA National Championships.  Sophomore Bethany Buell finished third with 4.40m (14’5 ½”) and freshman Emily Grove finished 7th with 4.25m (13’11 1/2”).  Both jumped over 14’2” to qualify and compete at the 2012 Olympic Trials.  Emily also went on to win the US Junior Championships and finish 6th at the World Junior Championships.  Off the runway, and perhaps even more impressive, is that the combined GPA of the pole vault squad is over a 3.5.”

USD does offer life-enriching opportunities in addition to pole vaulting, which any athlete would be fortunate to take advantage of.  We learned from our interview with the coaching staff that “The University of South Dakota is a mid-major university set in a smaller community surrounded by larger cities.  Distinguished graduates are numerous, but include: Al Neuharth (founder of USA Today), Tom Brokaw (NBC Nightly News), Joe Robie (owner of the Miami Dolphins), 9 governors, numerous senators and representatives just to name a few.  USD has over 130 undergraduate majors, over 40 graduate programs as well as schools of law and medicine.”

Nothing seems to be stopping the University of South Dakota from continuing to have amazing success.  Coach Miles and his team are expecting nothing but great things this coming year.  “We felt the 2012 season was a great success and amazing things are coming,” says Coach Miles.  “2012 brought 2 All-Americans, a conference champion, 2 competing in the Olympic Trials and the highest American finisher at the World Junior Championships in history.  In addition to that, four new vaulters joined the squad this year and all were state champs coming from Wisconsin, California, Nevada and Arizona. Pay attention to signing day in February 2013….  Another big one is coming!!”

Fusco set to vault at ETSU 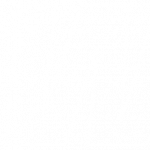