ATHLETICS: Roslinda on the lookout

Roslinda, however, has taken on the challenge to produce a top female pole vaulter even if it means traversing through the interiors of the country and into remote villages.

The main problem in unearthing talent in the discipline, according to the former Asian champion, is fear of the unknown.

“I have seven athletes under my supervision in Gambang and three of them are pole vaulters,” said Roslinda, 31, who now teaches and coaches at the Malaysian Sports School following her retirement in 2012.

“The pole vaulters are all boys and I have yet to find a girl who will give the event a try. The problem is that they are too afraid to vault.

“But I am determined to find a girl to follow in my foot steps even if it means I have to go into the remotest villages to find someone brave enough,” added Roslinda after receiving her IAAF Level III coaching certificate in Bukit Jalil yesterday.

Roslinda, a four-time Sea Games champion, had her meet record of 4.20m — which she jointly held with Vietnam’s Le Thi Phuong — erased in Naypyitaw last month by Thailand’s Sukanya Chomchuendee, who cleared 4.21m to win gold.

“Competition in the region is getting tougher but it is good for us. We need the challenge. Even if we are all rivals, we can push each other to improve and I hope we can find someone to challenge the others.”

“We have to find someone who can consistently clear four metres but it won’t be easy,” said Roslinda, who however said that would take a few years when asked how soon before her replacement emerges.

Nobody in the current batch of women pole vaulters in the national back-up programme has reached that height yet with 20-year-old Chuah Yu Tian achieving a Malaysian season’s best of 3.46m in 2013.

Roslinda was not the only former Sea Games champion to receive a Level III coaching certificate yesterday as hurdler Shahadan Jamaludin, sprinter Nazmizan Muhammad and quartermiler Josephine Mary were among the 37 recipients. 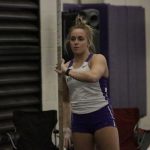 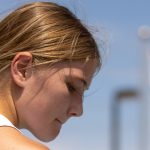