Bethany Buell’s status among the all-time greats at the University of South Dakota had already been established.

The junior pole vaulter only cemented that legacy last week with arguably one of the greatest performances in school history.

Competing with a torn ligament in her left shoulder, Buell won a national title last Friday at the Division I Outdoor Track & Field Championships in Eugene, OR.

“It’s still sort of surreal. It hasn’t completely worn off yet,” she said during a phone interview Saturday from Eugene.

Buell cleared 14-feet-7.25 on her third and final attempt to win the event — she then missed on three attempts at 14-9.

Video replays show that on Buell’s winning jump, she landed on the padding and immediately popped up with her arms in the air, realizing she had won.

“I was just honestly praising God for getting me through this season, it has been a rough one,” Buell said, referring to her injured shoulder which kept her out of action for about six weeks.

“Just the fact that he was able to turn around a season and finish with a national title, it’s been beyond amazing.”

With a wrap secured tightly on her left shoulder, Buell jumped off the mat and ran directly to vaulting coach Derek Miles — sitting across the track in the bleachers.

“My second thought was celebrating with Derek,” Buell said. “We’ve been through so much together, and it was great to enjoy that with him.”

Not only did Buell’s winning mark tie the Division I national meet record, it was USD’s first-ever championship at the D-I level.

The school’s last track national champion was Gayville native Emma Erickson in the 800-meter run at the 2008 D-II outdoor meet.

Three months ago, however, Buell was not even sure if she would be able to finish out her outdoor season.

She injured her left shoulder at the Texas Relays in late March, and later discovered she had torn a ligament. There was a decision to be made.

“We talked about maybe shutting down the season and getting the surgery over right then,” Buell said. “We decided that if I wasn’t at 14 feet by regionals, we would shut it down.

Thanks to some intense rehabilitation in the USD training room, Buell was able to not only qualify for the West Region Preliminary Round three weeks ago but finish fifth — though at 13-feet-5.5.

As she has during her Coyote career, Buell was able to put everything together on the nation’s biggest stage. In Eugene last Friday, she was successful on seven of her first 10 attempts.

Her third and final jump at 14-7.25 was do-or-die time. Clear the bar and walk away a national champion, or miss and take second place.

“I tried to stay calm; I said a little prayer, too,” she said. “I just had to focus on my technique.”

Buell was far from the only highlight for USD at the national meet. Vaulting teammate Emily Grove (So.) finished seventh and Megan Glisar (Jr.) was sixth in the high jump — giving the Coyotes three first team All-Americans.

The USD women finished 18th in the final team standings with 15 points, while Cody Snyder — the first Coyote men’s athlete to qualify — took 21st place in the discus.

Asked about USD’s rise in the Division I track world, Buell pointed to the influence of the coaching staff as reason to believe the Coyotes aren’t done racking up national titles.

“I think we’ll have more to follow,” she said.

The USD women’s squad was the fourth-best non-BCS school in the national meet, finishing ahead of such schools as UCLA, Oklahoma, USC and Auburn.

“It shows that we’re able to compete against the bigger schools,” Buell said. “Don’t count us out, we have great athletes, and great coaches who know what to do.”

Click on this link to view a video of Buell’s winning vault:

Kendricks on his title-winning jump 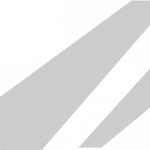