17-year-old Chan Sheng Yao has accomplished what most of us athlete dream of, to hold a National Record.

The Hwa Chong Institution athlete rightly did so earlier today on the second day of the 54th National Inter-School Championship when he pole vault himself into the record books.

The bespectacled youngster started at the height of 4.06 meters and cleared it on his first attempt.

He then tried 4.31 metres of which he managed to clear it on his last attempt, but not before leaping 4.21 metres prior to that.

At the next attempted height of 4.41 metres Sheng Yao was once pushed again up to his second try for a successful vault.

He then boldly escalated the height to 4.70 metres. While he failed on his first two attempts, he by a whisker managed to vault over on the third try. That attempt improved his previous best which stood at 4.64 metres which was set last year at the same venue & competition.

Sheng Yao from afar then consulted with his coach, David Yeo and settled on attempting the height of 4.82 metres. As with his previous height, the student athlete saved the best for last.

With the crowd behind him, he cleared the height on his last attempt.

Born in 1996, Chan Sheng Yao is currently the youngest record holder for holding an active senior men National Record (Mariam Shazana holds the joint record for the women side at the age of 17-years-old for the triple jump event).

That distinction was previously held by his teammate and fellow Hwa Chong’ian Sean Lim Zi Qing who at 18 years old was the former record holder for the men pole vault event with a height of 4.81 meters (Established on June 2011 at S’pore U23/Open C’ship).

Both athlete are coached by David Yeo, whose stable of pole vaulters from his camp currently holds a sweep of records for the pole vault event locally.

Up, up and away as Boyd heads home 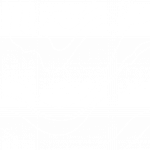