The grand marshals will be Erin Champion and Vickie Franse. The Christmas parade is Dec. 7, and the entry registration deadline is Dec. 4.

As a senior in high school, Champion won all her pole vault competitions, including the prestigious Vol Classic at the University of Tennessee.

Champion’s state championship win and record led to her joining the University of Tennessee Track Team as a walk-on athlete. In a 2013 competition, Champion scored in both the indoor and outdoor SEC championships. She is currently No. 4 on the UT high performance list for pole vault, holds the UT record as the highest freshman vaulter, and is ranked 8th in the SEC by MileSplit, the press release said. She was named am SEC Academic All-American and received the UT award for Highest Scoring Female Walk-on Athlete.

The release said Champion achieved a personal best at the Tim Mack Summer Series meet of 13’3.” She and fellow UT vaulter Linda Hadfield were invited to participate in a USA Track and Field sanctioned exhibition in New York this past summer with Jenn Suhr, 2012 Olympic Gold Medalist.

UT Track and Field Head Coach J.J. Clark said: “Erin Champion is a wonderful person who possesses great talents in the sport of track and field. Erin walked on to the University of Tennessee’s track team, and her improvements were so drastic that she earned an athletic scholarship. I’ve been able to watch her over the last couple of years mature and develop into one of the best pole vaulters in the SEC. Erin is a true team player as she supports and motivates her team. She has shown great pertinacity and determination, which has allowed her to accomplish her goals. I am ecstatic to have Erin at Tennessee, and I look forward to the years to come.”

She was previously coached by 2004 Gold Medalist Tim Mack. Champion is an agricultural leadership, education, and communications major at the University of Tennessee. She is the daughter of Jackie and Monnie Champion of Clinton.

Franse holds Clinton High School’s record in the 400-meter dash and the long jump, and she led the girls track team to a Top 20 finish in the state in 2013.

In 2012, Franse was a TSSAA Division I-AAA state finalist and the TSSAA Section I-AAA champion in the 400-meter dash.

In 2013, Franse was the TSSAA Division I-AAA state champion, Division I Section I-AAA champion, and Hardin Valley Invitational champion. Franse is ranked No. 1 in the state and 57th nationally out of 23,565 runners and holds the status of Tennessee Elite Runner, National Elite Runner, and 2012 Dale Legg Invitational most valuable sprinter. She also qualified for the 2013 New Balance Outdoor High School National Championship.

Graduating in May, Franse is currently considering offers at several colleges and hopes to make a decision soon. She is the daughter of Kendall Franse and Delilah Brown.

“We congratulate Erin Champion and Vickie Franse on their outstanding athletic accomplishments at the state level,” Burton said. “It is with deepest pride and admiration that the City of Clinton has selected them to be grand marshals of this year’s parade.”

Clinton’s traditional Christmas Parade of bands, floats, and many other processional entries will begin at 6 p.m. on December 7. This year’s theme is “A Christmas to Remember.”

Businesses, churches, schools, and other marching groups are encouraged to register and participate in the parade. The parade entry fee of $10 is payable to the Anderson County Chamber of Commerce. The deadline to register is 4:30 p.m. Wednesday, Dec. 4. There will be no late entries, the press release said.

Entry forms can either be picked up at the Anderson County Chamber of Commerce office located at 245 North Main Street, Ste. 200, Clinton.  To receive a form by mail, fax, or email, call the Chamber at (865) 457-2559. You may also obtain a registration form and instructions at www.andersoncountychamber.org.

How to Get Rid of Shin Splints 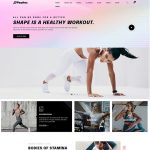