GRAND RAPIDS, Mich. – For a pole vaulter, 17 is a pretty magical number.

For Chris Schurr, that height seemed more like a dream than a reality. That is until the senior from Siena Heights University reached it with a vault of 17-feet, 1 3/4 inches at the Wolverine-Hoosier Athletic Conference Championships on May 2.

That set a school and conference record.

The Byron Center High School graduate thought he reached 17 on his third clear of the bar. But it was actually 16-11, which topped the school record of 16-10. It wasn’t until he decided to go for 17-1 that he was told about it.

“I thought I already went 17,” said Schurr, recalling his disbelief. “Still, after I actually found out, I was pretty excited. Either way, I knew I had a good day.” 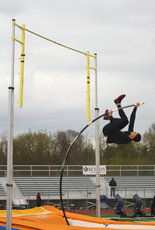 He’s come a long way from a high school vaulter, whose personal best was 14-8.“I knew he had a lot of talent, but he never really had a coach for pole vault,” said Derek Sievers, a shot putter at Michigan and Schurr’s former high school teammate. “Jumping 17, is crazy.”

It hasn’t come easy. Schuur, who graduated this month with a degree in criminal justice, went a non-traditional training route and did gymnastics.

“Pole vault is a lot of body weight stuff,” said Schurr, who went to Grand Rapids Gymnastics during the summer for two years. “I had the strength to do it, but I learned to use my body the right way.”

This month has been a whirlwind for Schurr. He sets the conference record, graduated from college and got engaged to his high school sweetheart. But it won’t be a traditional wedding.

“We’re getting married in Kenya,” he said. “Me and my fiancee (Brandey Bruin) went to Kenya on a missions trip last year. We were asked to go again this year, but we couldn’t afford a wedding and the trip, so we decided to combine them.”

It won’t be a traditional wedding ceremony either. At the moment, no family members will join them, and both bride and groom will wear Kenyan wedding garb. They plan to have a celebration with family members when they return.

“We’re going to do a wedding their style,” said Schurr, who will be building houses in Kisi, Kenya, through his church, Corinth Reform in Byron Center. “I have an African outfit already and my fiancee will pick out some fabric and she’ll make a Kenyan-style dress.”

Schurr hasn’t always done just pole vault, he’s competed in just about everything. He’s a decathlete, too. But after the indoor season, he wanted to just focus on pole vault.

“I told our coach, after indoor, I had a good shot at winning the national title in vault,” he said of coach Tim Bauer. “I said ‘I can score points in both, but I’d really like to go 17 before I graduate.’ I didn’t wanna graduate and think ‘what if’ later in life.”

Schurr has one final collegiate meet. He will compete in the pole vault at the NAIA Outdoor Track & Field National Championships in Gulf Shores, Ala., on May 22-24.

Zach Johnson, Wayne State University: Johnson (Grandville), a grad student, continued his power surge with a three-run home run in the bottom of the fourth inning of an 8-5 loss to Saginaw Valley in an elimination game of the GLIAC Tournament on May 10. Johnson, who played parts of four seasons at Michigan, concludes his career with a .252 season with three homers, 12 doubles and 31 RBIs in 42 games.

Zak Wilkerson, Michigan State University: Wilkerson, a right-handed pitcher, threw two scoreless innings of relief in a 12-4 win over Eastern Michigan on May 7. The red-shirt junior (GR Forest Hills Eastern) gave up one hit and struck out one. In four games this season, he has yet to give up a run.

Tyler Baar, University of Toledo: Baar (Hudsonville) combined to go 2-for-7 in a doubleheader split with Western Michigan on May 10 in the MAC Tournament. The Rockets’ season ended the next day. Baar finishes the season second on the team with a .267 batting average. The junior first baseman was first in homers (3), second in doubles (8) and third in RBIs (20) for the Rockets (20-30).

Corey Murphy, Davenport University: The right-handed pitcher’s amazing season continues. Murphy (GR West Catholic) has allowed two runs in 34 innings of work the last four appearances after a 4-0 complete-game shutout of No. 14 The Master’s in the Panthers debut in the NAIA National Opening on May 12. Murphy improves to 9-2 with a 1.55 ERA and 55 strikeouts in 87 innings. 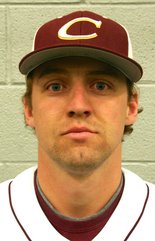 Grant VanPutten, Calvin College: The speedy outfielder (Holland Christian) finished the season leading the Knights with 43 runs scored and 37 stolen bases in 44 games. The junior’s .355 batting average was third on the team. The highlight of his season was scoring on a walk-off steal of home that got national exposure, including on ESPN. 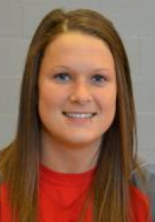 Alyssa Nielsen, Olivet College: The senior was named second-team All-MIAA after leading the team with a .408 batting average, .612 slugging percentage and a single-season school-record seven triples. Nielsen (Greenville) also shared for the team lead with 60 total bases. “Alyssa had a fantastic year for us,” Olivet coach James Farnum said. “We really did not know what to expect from her this year. Alyssa had missed basically all of last season due to injuries and was still in the process of rehabbing from them. I think her first at-bat of the season when she came through with a pinch-hit triple really set the tone for her all year.”

Devin Hentschel, Wayne State University: Hentschel singled in scored in the second inning as Wayne State beat Indianapolis 7-0 on May 11 to win a NCAA Midwest Regional Tournament title. The freshman (Wyoming Rogers) is hitting .321, which is fifth on the team. She also has a home run and 23 runs scored for the Warriors (44-9). 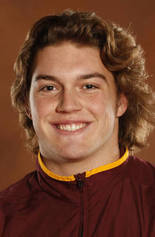 Dylan Banagis, Central Michigan University: The won the discus (194-4 / 59.23m) at the Last Chance Track & Field Meet at Grand Valley State University. It was a personal best for the redshirt sophomore (GR Forest Hills Eastern).Trent Chappell, Grand Valley State University:Chappell (Jenison) won the high jump at the Last Chance Meet at GVSU on May 9 with a leap of 2.10 meters (6’10.75″), a provisional mark that ranks 13th in Division II this season.

T.J. Burnett, Grand Valley State University: The freshman (Kelloggsville) finished second in the 400 hurdles (52.45) at the Last Chance Meet at GVSU on May 10.

Wuoi Mach, Grand Valley State University: Running unattached, the GVSU freshman finished second in the 800 (1:52.35) at the Last Chance Meet at GVSU on May 10. Mach (GR Christian) is redshirting this season.

Sam Frens, Davenport University: The junior (Jenison) turned in a second place finish in the 110 hurdles after crossing the finish line in 14.45 at the Last Chance Meet at GVSU on May 9. He also helped win the 400 relay (41.72) with teammates Ross Melinn (Jenison), Alex Blehm (Caledonia) and Dominick McElwee-Gross (East Kentwood). Frens set the school record in the 110 hurdles earlier in the week when he ran a 14.43 at Hillsdale on May 8.

WOMEN’S TRACK AND FIELD
Andrea Kober, Grand Valley State University: The senior (Sparta) was fifth in the 400 hurdles (1:00.31) and helped the 1,600 relay team of Britteny Banister, Brittany Terry (East Kentwood) and Kalena Franklin finish first (3:46.85) at the Last Chance Meet at GVSU on May 10. 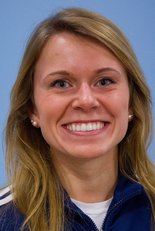 Ashley Jourdan, Trinity Christian College: Jourdan had an NAIA qualifying run in the 1,500 meter as she finished second at the Last Chance Meet at GVSU on May 10. The freshman (Grandville Calvin Christian) hit the “B” standard with a time of 4:41.94.
Kelsey Burgess, Northwood University: The senior distance runner (GR South Christian) placed third in the 3,000 meter steeplechase at the GLIAC Outdoor Championships May 2. Burgess now holds the eleventh best time in the country, with a 10:52.06.

Kelsee VanderBaan, Davenport University: VanderBaan ran 2:13.26 in the 800 to set an NAIA A Standard at Hillsdale on May 8 to finish third. The senior also ran 14.58 in the 110 hurdles prelim to set a new school record.

Julie Busscher, Calvin College: Busccher (Hudsonville Unity Christian), a senior, won the 200 (25.52) at the Last Chance Meet at GVSU on May 9.

Callie Brower, Wayne State University: Brower (Hopkins) finished in a tie-for-eighth in the high jump with a school-record mark of 5-02.25 (1.58m) at the GLIAC Outdoor Track and Field Championship on May 2.

GOLF
Trent Davison, Ferris State University: The senior was only a stroke behind teammate Chris Eaton as he wrapped up his FSU career with a 228 total and tied for 34th overall at the Midwest/Central Super Regional held in Eureka, Mo., on May 7. Davison (Rockford) shot a 74 in round one and then posted back-to-back rounds of 77 the final two days of action.

Libby Berens, Ferris State University: The sophomore led the Bulldogs contingent with a tie for 11th place at the NCAA East Super Regional Championships held in Indianapolis, Ind. on May 6. Berens (Holland Christian) carded a 79 in the final 18 holes of action on Tuesday after previously posting scores of 79 in round one and 78 in round two for a 236 total.

Jacqueline Mulder, Ferris State University: Mulder (GR South Christian) finished her Bulldog career in the top 20 at the NCAA East Super Regional Championships held in Indianapolis, Ind. on May 6 as she shared 20th overall with a 241. After posting an 82 in round one, she shot an impressive even-par 72 score on Monday before wrapping up the tournament with an 87 in the final round of competition.

Do you know of a local athlete who’s doing well in college? Email us at grsports@mlive.com with the words “LOCAL COLLEGE ATHLETE” in the subject line.

*** The articles that we post on this website are searched from the Internet and don’t reflect our views.  VAULTER Magazine LLC. is bringing the pole vault news to the reader in one central location. ***
Share:
Previous