Yeah, there’s an app for that.

This is no slight of the athleticism or hard work that have helped propel Calah Ayer, a Vista Murrieta graduate and vaulter at Cal State San Marcos, to a spot in the NAIA national championship track meet.

But, in discussing the improvements that allowed her to set a personal best twice in a single meet, achieving the qualifying standard for the May 23-25 championships in Marion, Ind., Ayer noted a little high-tech help played a big part.

“This year what’s actually helped is technology — the iPad, and the Coach’s Eye app that my coach uses,” said the junior, whose background in gymnastics and as a cheerleader at Vista Murrieta helped steer her to the event. “It’s the first time I’ve been able, after a jump, to sit down and use slo-mo and go through it. …

“I’m a physical learner, so once I feel something and I know what it looks like, I’m like, ‘OK, I’m doing that right.’ Before, it was hard because I knew what it was feeling like, but I didn’t know what it looked like. So this year, some of my major improvements have actually come from being able to watch myself.”

The video reviews had technical benefits — for example, Ayer could see she was pointing her toes when competing, which is good for a gymnast, not for a vaulter — and did a lot for her confidence in an invitational schedule that often included athletes from much larger schools.

“Whenever I go to a meet … I’m seeing a bunch of people that I still don’t feel like I’m at the same level with them,” she said. “When I watch them vault, I’m look, ‘Wow, that looks really good.’ And my coach is like, ‘Well, Calah, that’s what yours look like.’

“So before, it was almost intimidating being at a competition and seeing everybody else. But now, being able to see what I look like has calmed some of those nerves, and with my new PR and school record at 12 feet, I actually feel like I’m competing with all the people who looked so good before.”

That personal and school record came in the April 20 Soka Invitational in Aliso Viejo.

“My first jump that day I ended up going 11-6, which was the B standard for nationals and the new school record,” Ayer said. “So my coach” — David Freund, a volunteer assistant and former CSUSM vaulter — “was like, all right, try this (height). And I ended up getting it on my first jump.

“I think he was more excited than I was. I was just kind of in shock, because in pole vaulting, you can’t normally PR twice in one day.”

Cougars track coach Steve Scott — yes, the former Olympian and American record-holder in the mile — said Ayer “was on cloud nine” when she qualified for the national meet.

“It’s great to see people work hard and see the fruits of their labor,” Scott said. “And she has. She works very hard.”

He also notes that “pole vaulters are a different breed,” which does come out occasionally with Ayer — for example, when she talks about her jumping routine.

“The one thing I always do is retie my shoes, tighter and tighter each time,” she says. “When I’m done vaulting and get off the pit, I untie my shoes.

“I have bruises across the top,” she notes, pointing to her feet. “It’s the end of the season, my feet are starting to kill me, but if you’ don’t feel right — it’s mental. (The sport) is more mental than anything. If a vault doesn’t feel right, especially with the wind and conditions, then it’s a lot harder to go up.”

Ayer will go to the meet believing she has as good a chance as anyone in the field.

For his part, Scott says the goal is to avoid creating any pressure or expectations for Ayer in her first trip to the national meet.

“Anything can happen, because it comes down to nerves,” he said. “You know, if you channel that energy properly, then you can jump 12 feet, nine inches.

“If you channel it, you can get your best performance. But if it creates stress or tension or fear, it doesn’t go well.” 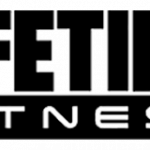