Prague, Jun 26 (Prensa Latina) Russian female pole vault star Elena Isinbayeva, World Champion, admitted that she is analyzing the possibility to stop her sport career after the World Championship in Moscow, from August 10 to 18. “I am thinking of taking a break for a year. I would like to get married, have a child,” said the Russian star in a press release previous to the competition in Ostrava, Czech Republic.

But Isinbayeva, Olympic Champion in Athens 2004 and Beijing 2008, with two World Championship titles and 30 world records, is not quite sure to take such a step.

“I think about it, a lot, but I also have the 2016 Olympic Games on my head. It would be great to win another Olympic medal,” she said.

“The World Championship is my greatest goal now. I am highly motivated, well trained, and I want to improve my personal record in Moscow,” she said.

The best outdoors record for Isinbayeva is of 5.06 meters. 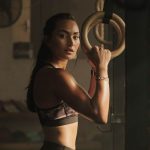