Honestly, he didn’t even want him to compete in the event.

What parent really wants to see his son hanging upside down, 15 feet in the air, nothing below him but a mat?

Sure, there was genetic inevit ability to contend with. Paul was a state champion vaulter at Burges High in 1983, who went on to a pro career of some note, and is now the pole vault coach at Franklin High.

But there were also genes on the other half of the equation leading in a different direction. Paulo’s mother, Rita Delnoye Benavides, was perhaps the greatest UTEP distance runner in the history of the women’s program and still holds school records in the 3,000

“I never wanted him to pole vault,” Paul said of Paulo, who is now a sophomore at Franklin. “It’s tough, training as a sprinter, a jumper, the weight training.

“That would be a little safer. That’s the parent in me talking.”

Then, there was the whole issue of a son trying to live up to the accomplishments of his father, something Paul and Rita never wished on Paulo.

As for that part of it, Paulo found a solution. He did indeed go into the vault, just about as soon as he picked up a pole in the seventh grade. But, at the pace he’s on, the vaulters he’ll be compared

to are national record-holders.

The District 1-5A champion heads to today’s regional meet in Lubbock with a top mark (16 feet, 2 inches) that ranks first nationally among American sophomores and second in Region I-5A behind Amarillo Tascosa’s Noah Zorsky.

“I like competing against good vaulters,” Paulo said, “I don’t have to jump by myself and it pushes me. This is my biggest meet yet. I’m jumping higher, there are people jumping higher. It’s fun to have people pushing me to do

As for what led him into the pole vault initially, there wasn’t really much of an internal contest between his father’s event and his mother’s running.

“I saw stuff on my Dad and it looked like fun,” Paulo said. “It’s not fun running 10 laps around the track.”

That was fine with his mother, mostly because she knew who would be teaching Paulo to vault.

The family dynamic works out nicely. Paul is in charge with the athletics. “I give him more advice about the academics,” Rita said.

While the safety aspects of the pole vault don’t phase his mother, the competitive aspects do.

“It makes me more nervous to watch him,” Rita said. “When you are the one competing, you have more control over it.”

Interestingly, Paulo is the oldest of four sports-playing children, but the only one in track at the moment.

It took him a while to get there. Paulo also liked playing football, and a year ago, he was the quarterback for Frank lin’s freshman team. Without any pressure from his parents, though, he realized his future was in track.

“It’s fun playing football, but I’d always thought about” quitting it, Paulo said. “Football is fun, but track is that much more fun.”

Said Paul: “During football, he has a lot of fun. Then, when it’s over, he’s all excited for track. When track season ends, he doesn’t want it to be over. That’s when I knew his heart was in track.

“It comes down to if you want to be decent at two sports or be a world-class athlete. You’ve got to make decisions.”

Picking track was an obvious one. Within a year of starting the sport, Paulo was second at the Junior Olympics in the 13-14-year-old division in 2011. In a sport where the bar for youth excellence is vaulting your age, the 15-year-old Benavides has now beaten 15 feet by 14 inches.

In fact, Paulo’s biggest goal this year wasn’t the 16-foot barrier, but rather to break 16-1, a mark of some family significance. It was Paul’s best vault at Burges.

“When he jumped 16-2, it was the first time I saw him smile,” said Paul, who was seventh in the U.S. championships in 1990. “You always want to see your kids do well, to do better than you. He’s going to smash everything I did and that’s exciting.”

While he may have followed his father in terms of his event, he picked up plenty of attributes from his mother, including her work ethic that is still much-talked about at UTEP. Paul said that as a coach, what he most notices about Paulo is that mental makeup.

“He has a lot better focus than I ever had. I think that’s something he gets from” his mother, Paul said. “He keeps a cool level; he moves on to the next bar.

“You’ve got to be focused and obsessed, be totally dedicated. He’s got good speed and strength for his age, but he has the ability to learn the technique aspect of the vault. That’s what catches the eyes of college coaches — his technique level. For a 15-year-old, there is a lot of maturity to him.”

Paulo has a lot of goals in front of him this year — clearing 17 feet and qualifying for the World Youth Championships in the Ukraine are chief among them — but it all starts today in Lubbock.

“I’m looking forward to it. It’s going to be fun,” Paulo said, something he ends up saying a lot when a pole is in his hand. 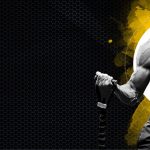