I came across a couple of old (1973) photos, below, of Montgomery’s Tom Buzzard high jumping.
Track is still adding new rules, especial to pole vault, to try and increase safety.
My thoughts at looking at these photos are the pits we use to use.
Check them out, especially the ones of me vaulting in 1975. This was at the SRJC, the best facility in the area. Notice the fine pits, none in front of the back of the box, and if you never had a chance to have one of those heavy medal trianglar cross bars come down and hit you, well that was a real treat.
Notice Tom in the second photo, at Montgomery, when they just jumped off of the grass in flat sneakers. Notice he was still using the western roll even though many had switched over to the Fosbury Flop that took over after Dick Fosbury in 1968 won the Olympics with it. In the first photo you’ll see the SRJC had way better facilities as the last two steps were off a rubberized surface.
And if you think this meant we could not jump Tom still holds the Viking school record at 6-8 1/2. He was NBL champion in 1972 and 1973.

My 1975 photo was from the Santa Rosa Junior High Championships as I was vaulting as a 9th grader for Rincon Valley JH. My first year vaulting at RVJH we did not have the nice pits like the ones you see here but into piles of sawdust. We did not have the fiberglass poles at RVJH yet so we started with old medal ones. As you can guess with the muscular, haha, arms you see on me here after two years of working out that I could hardly even lift the medal poles.
Also as far as safety goes at least once I can remember seeing a runner crashing into that sound system pole just off the track.

So when you new guys think you have it tough just think of these. 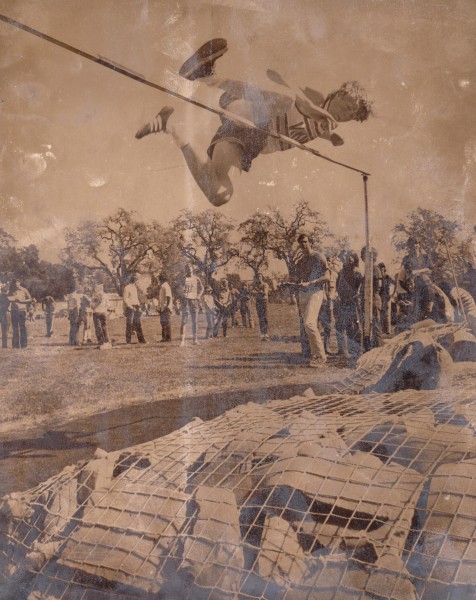 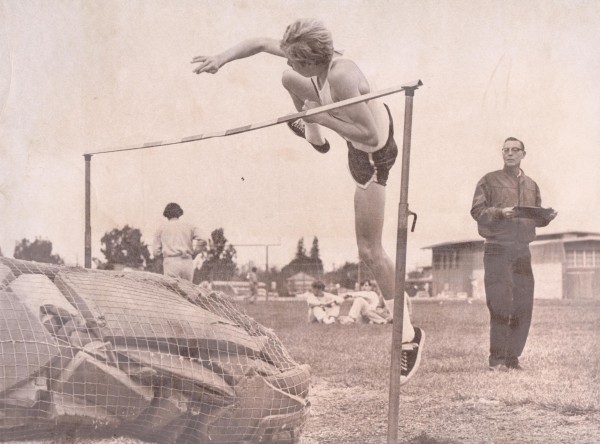 Tom Buzzard at Montgomery High in 1973. 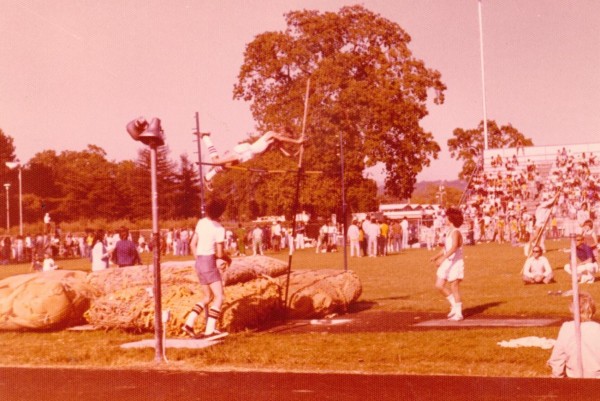 Looking at this years NBL finals, out of 8 schools, there was only one 9th grade vaulter.