Isinbaeva Nominated for AIPS Athlete of 2013

She faces competition from Jamaican sprinter Shelly-Ann Fraser-Pryce, who won three golds at the World Athletics Championships in Moscow in August, American swimmer Missy Franklin, who claimed a record six gold medals at the world aquatics championships, and tennis star Serena Williams among other top athletes.

She then announced that she would take a break from her athletics career to try to start a family, but could return to competition for the 2016 Summer Olympics in Brazil.

Footballers Franck Ribery, Lionel Messi and Cristiano Ronaldo are on the shortlist for the men’s award, along with sprint idol Usain Bolt and four-time Formula One racing champion Sebastian Vettel. 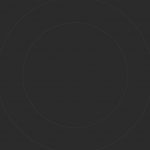