Life has been busy since qualifying for the Olympics, Zach Ziemek said.

Ziemek, an Itasca native, has been handling a lot of media and interviews since earning a spot in the decathlon, he told the DuPage Policy Journal in an email interview. Other than that, he said, life has been the same. 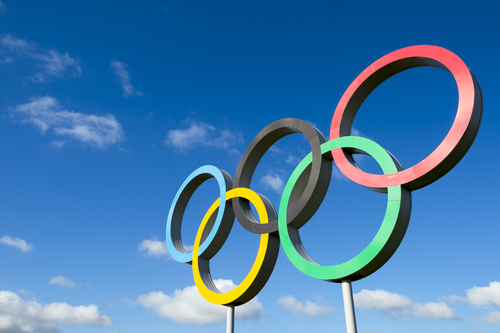 “I don’t want to change because I made the Olympics. I will always stay true to who I am,” Ziemek said.

And what he is, is one of America’s most-accomplished decathletes.

Ziemek wrapped up his college career at the University of Wisconsin by finishing second in the decathlon at the NCAA Championships. His total score there of 8,300 points was a Big Ten Conference record at that time. Ziemek’s strong showing in the outdoor season came on the heels of his national championship in the heptathlon during the indoor season. And he won Big Ten decathlon titles in 2013 and 2014, and was third in the event at the 2015 USA Outdoor Championship.

Then, in July at the Olympic Trials in Eugene, Oregon, Ziemek recorded 8,413 points in the decathlon — not only a new Big Ten record to break the mark he had just set, but also the fifth-best score ever recorded by a collegian. Perhaps most importantly, his score put him third in the competition and earned him qualification for the Olympics.

“I fell to the ground when I found out I made the team,” Ziemek said. “I was tired from running, but also felt so accomplished for being able to reach a goal of mine.”

According to UWBadgers.com, Ziemek, a four-time All-American, is the first collegiate competitor to make Team USA in the decathlon since 1992. His decathlon teammates are 2012 gold medalist and current world-record holder Ashton Eaton and Jeremy Taiwo.

“In the decathlon you never know when you have won, so at no moment did I think I had I made the team until the last event was over,” Ziemek said.

The pole vault is his best decathlon event, Ziemek said. There’s no shortage of facts to back that up, starting with his Big Ten indoor and outdoor championships in that event this year alone. He also holds Wisconsin’s outdoor pole-vault record, set with a mark of 17 feet, 10½ inches at last year’s USA Outdoor Championship.

“(The pole vault) gets me the most points and I have being doing it since high school,” he said.

Preparation for the Olympics has been a fun process, Ziemek said, with a lot of weeks to prepare and no back-to-back meets in the way.

In order to do well at the Olympics, Ziemek said that he will have to focus on controlling what is controllable.

“I can’t control what other competitors are doing, so I will focus on putting everything into each event and move from there,” he said.