COLLEGE STATION – Senior Karley King finished on top of the women’s pole vault competition with a meet record and a career-high 4.15m (13’-7.25”) during the University of Houston track and field team’s first meet of the season, the Texas A&M Reveille Invitational.

King’s mark is the best in the nation by two inches, and two inches away from the school record.

Sophomore Leshon Collins also finished with the gold in the men’s 60-meter dash with a time of 6.70 seconds. Freshman Cameron Burrell followed closely behind in third at 6.75. The two lead the nation after thefirst weekend of competition.

Also on the men’s side, Drevan Anderson-Kaapa ran a personal best in the mile run crossing the line at 4:17.97, placing second.

The women’s team had several top three finishers during the meet. Junior Sade-Mariah Greenidge took second in the 60-meter hurdles with a 8.52-second mark. Teammates Alicia Perkins and Amber Sellers finished in fifth and sixth place with times of 8.75 and 8.85, respectively.

In the throws competitions, Justine Price led the Cougars with a second place finish in the women’s weight throw. Her throw of 16.34m (53’-7.50”) was a personal best for the junior. 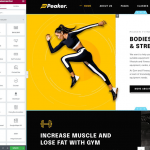