May 2022 Superstar Siblings and Coach Issue of Vaulter Magazine 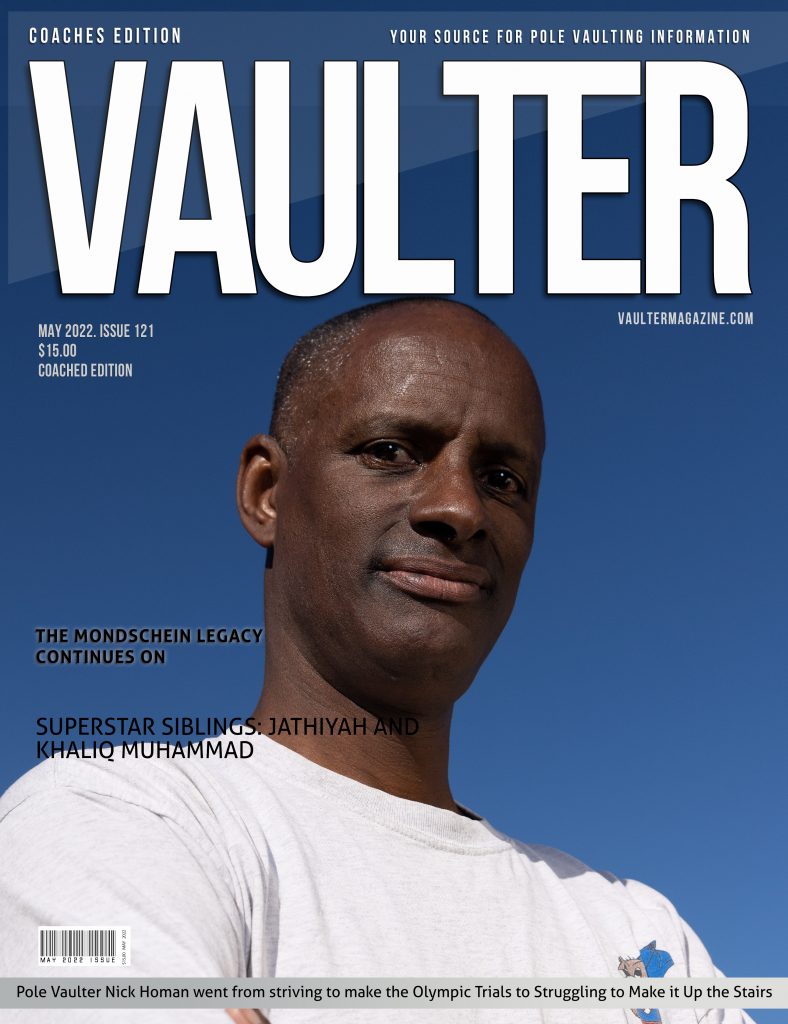 As I walked through a meet is 2018, I noticed everyone taking pictures with Mondo Duplantis. Sitting in a chair waiting to pole vault was a very shy young girl looking around as if she wanted a picture as well. I sat down next to her and asked her if she would like a picture, she shrugged her shoulders and she said yes. Fast forward to 2022 and she’s the highest jumping 10th grader in California with a PR of 13’7″. Her father and coach are on the cover with many achievements to be held with his two superstar athletes. 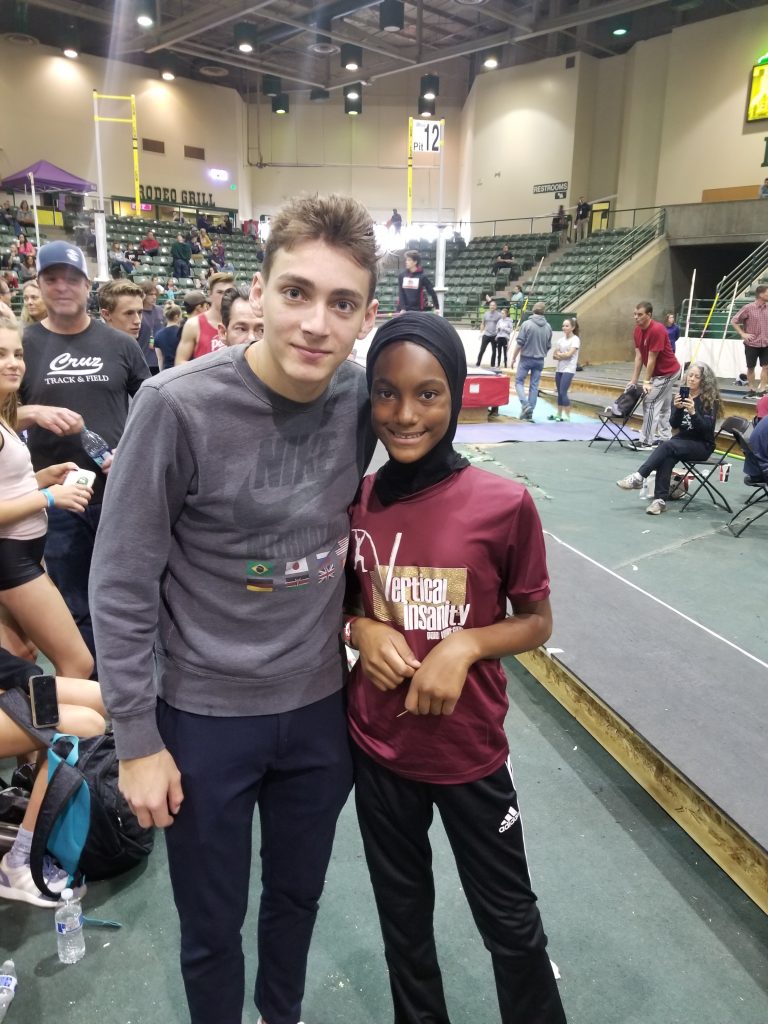 We would like to thank VS Athletics for their sponsorship.

The crazy month of May is upon us and that means prelims, finals and state for the state of California. Maybe it’s the same for your state, but we love the fact that by June 1st, 2022 state will be over with and on to summer fun.

“Gary Muhammad has some star vaulters on his hands, and they come from his own family. His 15 year old daughter Jathiyah is a sophomore and his 14 year old son Khaliq is a freshman at Dublin High School in northern California. These young athletes are putting up some amazing marks at young ages. Jathiyah has cleared 13’7” as a sophomore and Khaliq has gone 15’4”, making him the top freshman vaulter in the United States. These superstar siblings have been coached up by their father, and now are making their debut as some of the most successful young vaulters of our day.“

“Nearing the end of his high school career, Homan had a track scholarship to Southeast Missouri State University. He was on track to achieve his dreams of becoming an Olympic athlete. However, when his mother became ill, he decided to choose family over his passion and take a few years off from the sport. He stayed at home and took care of his mom. For those years, Homan believed he was done with pole vaulting and hung up his spikes. After deciding that becoming an EMT was not for him, he worked at a call center job for a while.”

Next month is June and our summer programs and meets will start heating up. Stay tuned. 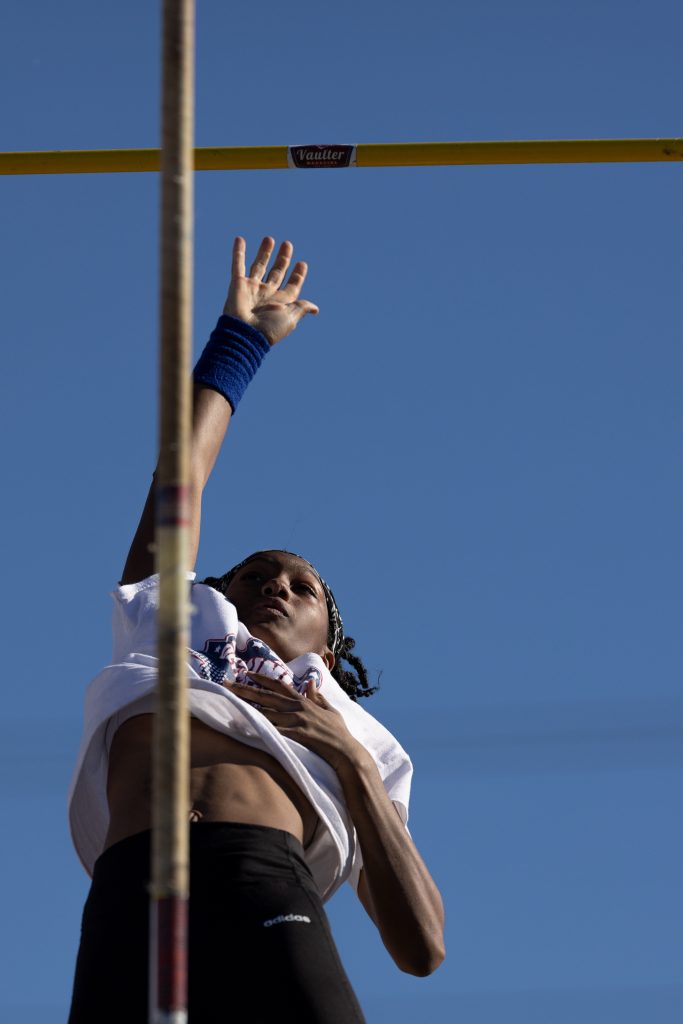 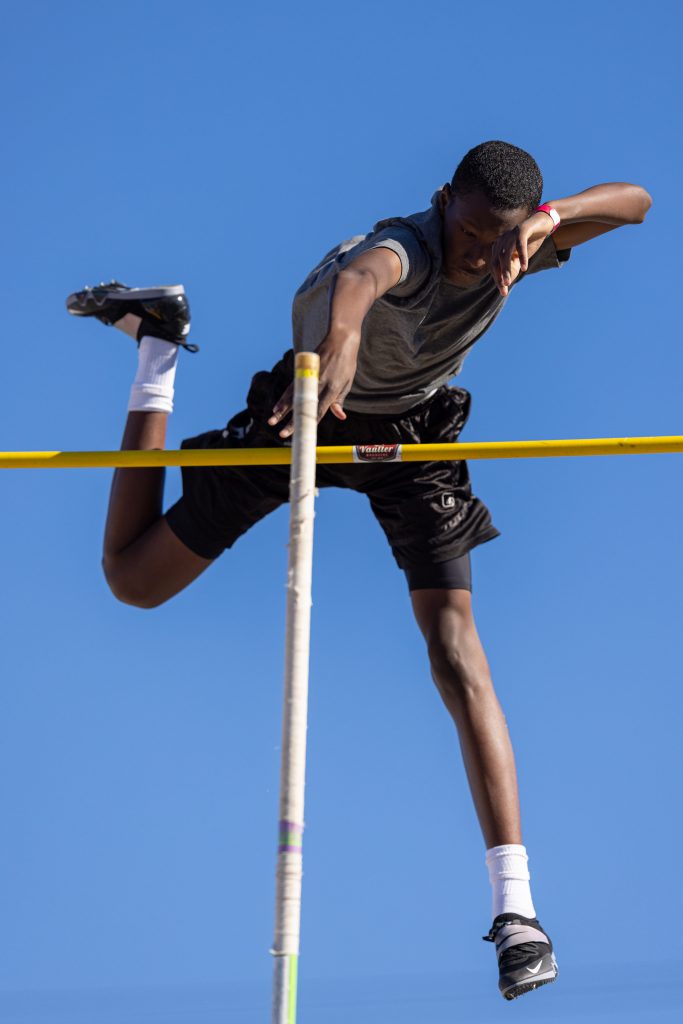 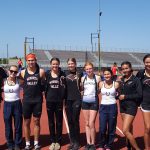 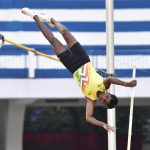