As she accelerates on the runway – perhaps with a nice springtime wind behind her – The Montclair Kimberley Academy’s Dana Placentra embraces her next pole vault jump in what is still a burgeoning career in a sport that might be considered one of the ultimate individual endeavors in all of athletics, but in reality is a team and family process as well for a young lady with a lot on her plate both on and off the track.

Dana may not relate as much to the late Johnny Weissmuller of Olympic swimming and “Tarzan” movie fame – who was another premier athlete and thespian. Instead, the MKA senior looks up to a more modern-day actor, Jennifer Lawrence, who recently received the Oscar for Best Actress for her portrayal of a young widow in “Silver Linings Playbook.”

But, that is the natural course of things in terms of identifying with a young movie star of today as life continues to unfold for a talented Montclair teenager coming of age in the second decade of the new millennium. Still, the dual pursuit of this local thespian-pole vaulter is indeed worth taking note of in a possible Weissmuller-like-developing-sports-theater lifestyle in which she appears well on her way to continuing to grow and prosper in.

Dana, who recently committed to New York University to continue her track and field career for that strong small-school program, also plans to study theater and perhaps business.

In the meantime, she is coming off a rather unique late-winter run.

Dana recently starred as Betty Rizzo, one of the infamous “Pink Ladies” in the renowned musical, “Grease,” which was staged for three sold-out nights in early March at MKA’s upper school auditorium.

“I’m the only one who does track and a musical at the same time,” Dana said with a smile as she prepared to head to the Verona track for a recent pre-season workout with the Cougar spring track and field squad. “It’s a challenge time-wise, but I love theater and acting, and I also love pole vaulting and trying to help MKA’s track team do well.

“It all keeps me kind of busy, but it’s just so much fun to be involved in both sports and theater.”

It’s not really an accident that Dana Placentra became involved with the pole vault event. After all, her dad, Dan, was a decathlete at Villanova and remains a top masters track performer. And, one of her two older sisters, Laura, preceded her as a pole vaulter at MKA.

As a freshman out for the indoor track team in 2009-2010, Dana and then senior Laura were dubbed “Team Placentra” by MKA’s renowned head track coach Tom Fleming.

Four years later, after endless hours working with pole vaulting coach Tim St. Lawrence at the highly-regarded Hudson Valley Flying Circus in Warwick, N.Y., an old dairy barn with a loft made into one of the top pole vaulting centers on the East Coast, Dana has already cleared 11-feet, 1-inch, and is dedicated to keep improving on the height she is able to clear.

“Back when I was a freshman, my dad and sister Laura asked, ‘Can you try it for a little bit? And if you don’t like it, you can quit after a week,” recalled Dana. “I fell in love with pole vaulting right away and just kept going.

“When you’re outdoors running, with that little breeze behind you, and then you have a great jump, it’s just an amazing feeling!”

Dana is a six-time state champ with five titles in NJSIAA Non-Public B pole vaulting plus a state prep tournament title as a member of the Cougars’ girls soccer team; but, it’s been in track and field where she simply continues to shine both indoors and outdoors in addition to being a Non-Public B all-state relay and individual state champion, an All-Essex selection, an AAU Junior Olympic Mid-Atlantic Regional pole vault champion and a 2012 winner at the Hispanic Games.

She has also established school records in both the long jump and in the high jump during her scholastic track and field career MKA.

“Dana is just a terrific student-athlete, and so talented both on and off the track,” said Fleming, the veteran MKA head track coach and two-time winner of the New York City Marathon. “She’s also an outstanding student having been named a Mary K. Waring Scholar for having all A’s for four straight semesters.

“She’ll be a great addition to the NYU track program where she can also pursue her theater interests.”

Dana enjoyed playing Rizzo, the colorful Stockard Channing character from the famous John Travolta and Olivia Newton-John film, “Grease,” but she also relished her role as “The Drowsy Chaperone” in a past theater production at MKA.

Just as you have to be fearless going on stage to perform, you also have to have the courage of your convictions to count your steps while holding the pole and running as fast as you can while approaching the bar high above. Even a quick peruse of the Hudson Valley Flying Circus website reveals a waiver form that athletes must first sign before hitting the runway to begin learning to jump while utilizing a pole that can range from 12 to 14 feet.

“I love the individual aspect of pole vaulting because you have to motivate yourself, and you have to take on the responsibility to continue to train and train some more,” Dana explained. “You can’t have fear of the event, and if you follow all the instructions you’ll be fine because the coaches won’t put you on poles that will hurt you.

“I’ve fallen to the side and missed the box, and even slid under the box, but I’ve never gotten hurt, and it’s really quite safe. It takes a couple of sessions to get into pole vaulting, but once you get into it, you can’t help but love it.”

Dana and junior Lyndsi Ross-Trevor have formed quite a pair of pole vaulters at MKA. They teamed up to win a third consecutive Non-Public B indoor relay state title with a combined 21 feet during an early winter meet at the Bennett Center in Toms River, and simply continue to be a duo to watch on the statewide scholastic pole vaulting scene as we are now immersed in the 2013 spring outdoor season.

“Sometimes while pole vaulting you don’t have a team pushing you, but that’s why I love MKA track because we’ve really bonded well this year as a team and we’ve all gotten closer,” said Dana. “Having another pole vaulter in Lyndsi is great, and she is definitely someone I can relate to as far as what we’re both going through in training to get better in the sport each and every day.”

Wth Lyndsi to pole vault with, mom Claudia, dad Dan and sisters Cara (Boston College graduate) and Laura (junior pole vaulter at UPenn) to help inspire her, and coaches such as Fleming and St. Lawrence always behind her as well great heights are certainly within reach of Dana Placentra the thespian-pole vaulter with a positive outlook on quite a dual passion. 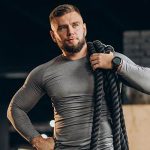