A NEW coach, a new country, a new outlook, a new wife, a new baby. Get the picture?

The last time we heard from Steve Hooker, he was failing to clear a height in the Olympic pole vault final at the London Games.

That performance was the trigger for a massive overhaul of his life on and off the track. The 2008 Olympic champion is now a changed man in many ways.

Hooker split with his long-time coach Alex Parnov and moved to Arizona, where he is part of group of athletes mentored by American Dan Pfaff.

He then married Russian girlfriend Ekaterina Kostetskaya with the pair expecting a baby boy in June.

Hooker is back in Australia for two months and competed in the Western Australia titles on Friday, jumping 5.00m off a 12-step run-up.

“For me after the Olympics I knew I had to make a change,” he said. “It wasn’t constructive any more in the old relationship.

“A couple of things became pretty clear over the last few years. My major issues were staying healthy and looking after my body and my run. 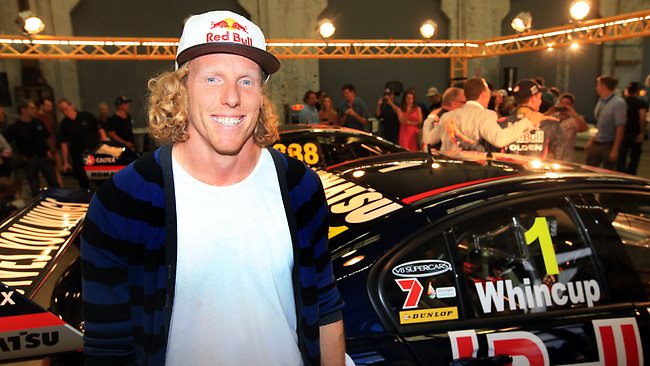 “Those are the two areas that Dan excels at, getting jumpers to put together an approach and keep them healthy and keep them on the track.”

“It’s been awesome after the last two years of training by myself to get back into a competitive training environment,” Hooker said.

“The amount of stuff I’ve learnt over the last three months is huge. I’ve really been going back to school with a lot of running technique. Training with those guys, I’ve got into awesome shape.”

Hooker, 30, will compete on the Australian domestic circuit against Lewis in Sydney and Perth next month.

But he’s determined not to rush his return, saying he’s unlikely to be ready for August’s world titles in Moscow. “Honestly, I’m not even thinking about the worlds just yet,” he said.