Renowned instructor Ron Gebauer, who runs Tip of the Thumb Vaulters, along with Thumb athletics supporter Kevin Wiley, knows that all too well.

Both vaulted and have seen their children continue to go over the bar.

Gebauer’s boys Aaron and Brad have long since completed their successful high school and collegiate careers, but he has continued to coach young vaulters from the area.

Wiley has seen his oldest daughter Emily finish her high school career, but he still has more daughters willing to vault, including 12-year-old Grace.

Gebauer used to have a pole vaulting pit in his back yard, but donated it to St. Charles High School, leaving perspective vaulters around the Thumb only able to practice during the indoor season from January to March.

Wiley set out to change that, and recently completed an impressive pole vaulting pit in his back yard just a few miles west of Kinde.

“I wish I had a set up like this,” said Gebauer. “Mine didn’t come out like this. There are a lot of high schools that don’t have this set up — this is beautiful — it’s top notch.

“What’s unique about Kevin is the door is always open. If someone wants to come over and learn how to vault and pick up a stick, he’s not going to turn them down.”

Sunday marked the final session of the season for the summer season, but Wiley was hoping to get the word out that the pit is complete and all are welcome to use it.

“It started last year while talking with Ron,” said Wiley. “Talking with him, I told him I wanted to make a commitment with my daughter and the area kids and to see if he was on board.

“If you get a kid to that certain level, where they could get some type of scholarship, the investment is minuscule. I would like to see any of the kids in the area get a scholarship.”

Sunday, there were five vaulters at the new pit, taking part in drills with Gebauer.

Two of them, Adam Pechette and Nate Iden, both from North Huron, are already in high school and have set some high goals from themselves.

“This year, I would like to be jumping 12 feet,” said Iden. “It’s a big goal to reach, but I feel if I keep working at it all winter and keep lifting weights, it should be able to be accomplished.”

Pechette stated that he would like to be clearing 11 feet by the outdoor season.

A sophomore, Pechette is big for a pole vaulter at 6-foot-1, 190 pounds, and talked about learning the proper technique from Gebauer.

“I’m a big guy, so I need a bigger pole, but it doesn’t bend much,” said Pechette. “I didn’t have a lot of technique.

For Iden, this is his third year under Gebauer’s tutelage.

“I’ve learned a lot of technique and I’ve been able to improve and get a lot higher,” he said. “At first, I had no idea of what to do before Kevin had me go up there.

“It’s a lot of work. I think it’s one of the most complicated sports to learn, because there are so many things you have to do in a short amount of time. If one of those things doesn’t come through, then it all comes apart.

“It’s something you can’t do every day, because it’s so physical.”

Gebauer had nothing but positive things to say about the six vaulters in attendance Sunday and sees a lot of promise in the two high schoolers.

“We have Nate and Adam and they’re going to be very good vaulters next year,” he said. “By the time Nate is a senior, there is no reason he shouldn’t be at the state meet as long as he’s committed.

“If the commitment is there, then we need to be there for that and support it.”

Iden commented how convenient it is to have a pit to jump at so close to home.

“It’s really nice having something like close by,” he said. “The Wileys are always supportive and let us come over and practice when we need to.

“He’s put a lot of work into it. He wanted to get it in sooner, but the weather wouldn’t cooperate. It really looks great.”

Wiley wanted to have the pit completed early in the summer, but due to an unusually wet July, it pushed back the project.

For him, it was a labor of love.

“I was pole vaulter in high school and always enjoyed it,” he said.

“We’ve got one of the best pole vaulting coaches right here in Huron County. I started talking with Ron and we decided to move forward with this. We want to keep building the Tip of the Thumb Vaulters up.

“We want to get these kids to the state championship and bring some medals home.”

Gebauer has been coaching for 21 years.

During that time he’s seen both of his sons go on to win state championships.

Brad Gebauer went on to win multiple Big 10 titles with Michigan State, along with a national indoor championship at McNeese State University, where he cleared 18-4.

“When Kevin decided to put the investment in, he asked if I would be willing to help. I have no problem with that,” he said. “It’s one thing to teach them the right way, but it’s a satisfaction when you start seeing them really taking off.

“Pole vaulting has been very good to the Gebauer family. With the boys going through it and paying for college, you have to give back and pay it forward. Hopefully, we can help someone else do the same thing.

“You have to have speed, strength, gymnastic ability and you can’t be afraid to be upside down at 14, 15, 18 feet. For a young lady, 10 feet is pretty scary. It takes time.

“What’s unique is we have little Grace here, who has been with us for a couple of years. She’s learning the fundamentals first. That’s exactly what happened to Brad. He learned the fundamentals and by the time we got to where he was really taking off, it was just a matter of keeping the pole under him. That’s why he turned into what he did.”

With a new facility, Gebauer seemed rejuvenated and ready to teach the next crop of state, collegiate and possibly even national champions.

“It’s like the field of dreams — if you build it, they will come,” he said. 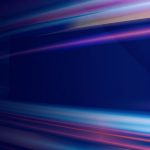