Lev Skorish set an Israeli pole-vaulting record for his age. Sadly for Israel, he doesn’t have an Israeli passport.

The most optimistic moment of the second and final day of the Israel Athletics Championship last week arrived in the form of Alex Averbukh’s pole-vaulting protégé. Lev Skorish, just 17, stretched his body in the air and smoothly cleared 5.02 meters.

At that moment there was no one happier in the stadium than the trainer and his student. Averbukh and Skorish hugged each other and together tried to explain the significance of the achievement, which puts the teen among the top 10 pole vaulters in the world at his age.

“He set a personal best and an Israeli record for his age,” said Averbukh on Thursday. “Now we are looking forward to the World Championships which will open in another 10 days.”

Averbukh, the former European champion, didn’t hide the fact that the absence of a passport – Skorish is still a Russian citizen – is liable to prevent the youngster from leaving for the competition.

Other events beyond the pole vault apparatus caught the attention of spectators in the stadium as well. Maayan Shahaf (Forman) made her bid in the high jump to qualify for the World Championships in Moscow, needing to clear 1.92 meters. The jumper from Haifa looked pleased when she sailed over the 1.83-meter mark. However, she complained from the beginning of the evening that she had not felt well since Wednesday. “I’m actually surprised that I can jump these heights,” she said.

Shahaf failed to clear the 1.86-meter mark three times, and despite winning her fifth Israeli title in the event, could not hide her disappointment. She will try to qualify at this week’s Universiade in Kazan, Russia. Her event begins on Wednesday.

Overall, the two-day Israel Championship was mediocre. It was mainly a display of athletes setting personal bests without qualifying for world-class tournaments. Doron Kaufman, chairman of the Israel Athletics Association, acknowledged that his organization was not satisfied with the results.

“It’s true we didn’t expect the results to be on an international level, but I am still distressed by what we saw,” he said. “I believe that we’ll manage to effect changes in the next generation with the Olympic cohort of 2020.”

Alongside the mediocre achievements were the half-filled stands. “We hope that through the right marketing, we will solve this,” Kaufman said. 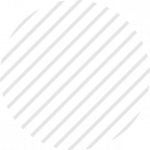 Otto celebrates first national title as Storl gets into shape