Oaks Christian High’s baseball team won a CIF-Southern Section championship, and Luigi Colella of Thousand Oaks catapulted to a state pole vault title, but many others had their moments in the sun.

Here are the top 10 sports stories of 2013, as judged by the committee of one:

The Westlake-Oaks Christian football rivalry skyrocketed into an entirely different stratosphere this fall.

Westlake’s Chase Jasmine blocked an Oaks Christian punt and WHS teammate Lexi Isham returned it 32 yards for a touchdown with 22 seconds remaining in a thrilling and improbable 39-36 Warriors’ victory for the Marmonte League championship.

IN THE AIR—Josh Brooks, right, and the Westlake High boys’ basketball team reached the CIF-SS Division 2A championship game. MICHAEL COONS/Acorn NewspapersThe teams might not play each other again for a while. The Marmonte will split into two leagues, and Oaks Christian is expected to move into a separate parochial division.

Head coach Frank Marino has guided the Westlake girls’ soccer squad to five straight league crowns. The Warriors are going for title No. 6 this winter.

The Panthers tied Royal with 383 points at the league finals, but a nine-point NPHS victory against the Highlanders earlier in the season secured the Black Cat Attack victory. Elise Begg, Sara Christiansen, Tori Coleman and Grace O’Toole picked up big wins for Newbury Park.

Oaks Christian’s boys’ golf team made it all the way to the state tournament.

The Lions, who finished third overall at Quail Lodge and Golf Club in Carmel, became the fourth Ventura County team to earn a top-three finish at state, joining Westlake (third in 2009), Royal (second in 2007) and Thousand Oaks (first in 1978).

Cameron has established himself as one of the best tight ends in the league. The third-year pro has 75 catches for 848 yards and seven touchdowns this season.

The Lions fell in the finals, but not before taking a set away from the Orange County power.

For an encore, the Warriors took second place at the state meet this fall.

Westlake’s boys’ basketball team was a high-flying, entertaining bunch that scored with flair and pressed with fury. And the Warriors knew how to win.

The Warriors won their first Marmonte League title since 1996 en route to an appearance in the CIF-SS Division 2A championship. WHS lost in the section finale to Redondo Union.

Luigi “Gino” Colella of Thousand Oaks is the best pole vaulter in California.

The Lancer cleared 16 feet, 4 inches during the CIF State Track and Field Championships in the boys’ pole vault finals in June.

Colella, a senior this year, will try to defend his title this spring.

“To be great you need to be pushed,” Colella told the Acorn in June. “It’s good to see my hard work paying off.”

Oaks Christian’s baseball team has been on the cusp of greatness for years.

This season, the Lions eliminated almost all drama on the path to their coronation.

Oaks Christian secured its first CIF-SS championship in school history by overwhelming El Rancho 4-0 in the Division 4 final in Riverside.

Phillip Bickford, one of the best amateur pitchers in the United States, struck out 18 El Rancho batters. Bickford turned down a multimillion dollar deal by the Toronto Blue Jays, who drafted him 10th overall this spring, to pitch for Cal State Fullerton. 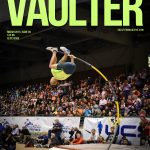 Following a new record to her name at Western Kentucky University, Karleigh Parker is set for a big 2014 season