Kiev, Jul 17 (Prensa Latina) Ukrainian pole vault former star and recordman Serguei Bubka called all the athletes in the world to be more careful when selecting their supporting teams, after the latest doping scandals including high level athletes in the last weeks. Bubka, world pole vault recordman and now vice president of the International Athletics Associations Federation (IAAF) urged all the elite athletes to ensure the integrity of their environment and avoid any kind of risk in taking forbidden substances that might compromise and stop their sport careers.

These statements by Bubka, an Olympic and World Champion, are related to the doping cases of US sprinter Tyson Gay and his Jamaican contender, Asafa Powell, who tested positive last Sunday.

“I always tried to have a great team of good coaches, supervisors and friends beside me. However, it is imperative that all the athletes take total care and responsibility for the foods, the drinks and supplements in general they take,” Bubka added.

The legendary Ukrainian pole vaulter, the owner of the world record for men, with 6.14 meters outdoors and 6.15 indoors, assured that when he competed, he never drank anything from a bottle with an opened seal and never took anything forbidden.

Doping and corruption are two of the biggest challenges of the Olympic movement. We must do everything we can to be one step ahead from those who threaten the purity of sport, Bubka said.

Bubka added that the fact that there have been so many positive tests in the last weeks is a good symptom.

“It means that any athlete who is caught using prohibited substances is one athlete less, with an unfair edge,” he said.

Five Jamaicans, among them Asafa Powell and Sherone Simpson, were tested positive in the Jamaican national championship in June, and this was added to the case of 2012 Olympic Games two-time Champion (200 flat meters and relief 4×100) Veronica Campbell-Brown, who is suspended from competition and waiting for a sanction after being tested positive a few weeks ago. 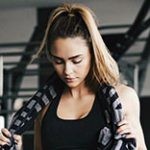 Lavillenie looks for the missing gold