It is the second major event championship Barber has secured this summer after claiming first place at the Canadian Track & Field Championships in June. The Canadian Pole Vault record holder also competed at the IAAF World Championships last month where he placed 16th in his group.

Barber’s busy summer followed a phenomenal freshman campaign at UA that saw the Texas native capture a pair of Mid-American Conference event titles, break school records for both indoor and outdoor marks and earn NCAA First Team All-America honors twice. As one of many highlights, he claimed the bronze medal at the NCAA Outdoor Championships with a jump of 18-04.50.

Lavillenie wins but it is Valentin not Renaud 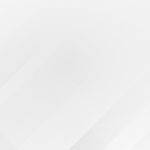