AURORA | As a pole vaulter, Jordan Hatfield takes a lot of leaps of faith.

The Regis Jesuit senior standout didn’t need one to make his college choice, however, as Duke University fits him to a tee.

Hatfield — who won Class 5A state championship in the pole vault as a junior and is a prohibitive favorite to win it again in the upcoming spring season — gave his verbal commitment to the Blue Devils on Tuesday, ending a stressful month worth of visits and weighing his options.

“It is the biggest relief off my shoulders, I’m really excited,” Hatfield said shortly after delivering the good news to Duke associate coach Shawn Wilbourn, who works with the school’s pole vaulters.

“I went in knowing I wanted to be an athlete and a pole vaulter, but I really wanted to set myself up for the future as well,” Hatfield continued.

“My biggest thing was to find the balance between athletics and a D-I facility and then academics and support for the future. …Duke just presented itself with the perfect balance. I felt right at home and I really got along with the team. Even just getting the initial tour, I was really excited, but by the end I felt it. That this is the one.”

Hatfield picked Duke over offers from two other strong schools, Dartmouth College and the University of Virginia (which has 2013 Regis Jesuit graduate and sprint star Ana Holland). The Air Force Academy had been in the mix earlier.

Duke’s academic reputation is well known and the graduate law school program at the Durham, N.C., school has Hatfield’s interest.

The Blue Devils also offer quite a bit in helping Hatfield improve as a pole vaulter. He’s excited about upcoming renovations to the Duke track facilities and the chance to compete in the Atlantic Coast Conference, but is thrilled about the coaching and teammates he’ll have with him.

Duke has a vaulter who has already cleared 17 feet, 5 inches in Justin Amezquita and a couple of others who are around the 16-9 mark Hatfield hopes to reach by the time the high school outdoor season begins in the spring.

“They definitely have a strong group of vaulters; I just wanted someone that I could learn from who I could have friend competition and camaraderie with,” Hatfield said. “They have better jumpers and I have a lot I can learn from them. It’s really something I’m looking forward to.”

Hatfield has high hopes for his senior season at Regis Jesuit, especially in light of what he accomplished last season.

He opened the 2013 season with a 14-6 to win the Aurora City Championship meet and then on April 6 at the Mountain Range Track Invitational, Hatfield cleared 15-8 to shatter the previous Regis Jesuit record that had stood for 43 years. Jimmy Kliegler cleared 15-3 in 1970 on his way to a state championship that season.

Hatfield cleared 16 feet for the first time at the Continental League Championship meet, then won state with a jump of 15-0.

Regis Jesuit track coach Ryan Taylor wouldn’t be surprised at anything Hatfield accomplishes, now and in the future.

“To have a season like he did last year, we have some high hopes for Jordan this year,” Taylor said. “He’s a smart kid and going to do well in school and to have an athletic opportunity at a school like Duke is great.

“I think his potential in academics and athletics is still way out there for him. He’s going to grow into himself and who he is going to be. He may be getting a really good degree from Duke, but he also may still be competing in the future. He has the potential to compete beyond college, which is very exciting.”

Suhr is thrilled to rank with area’s athletic greats 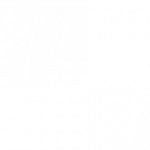