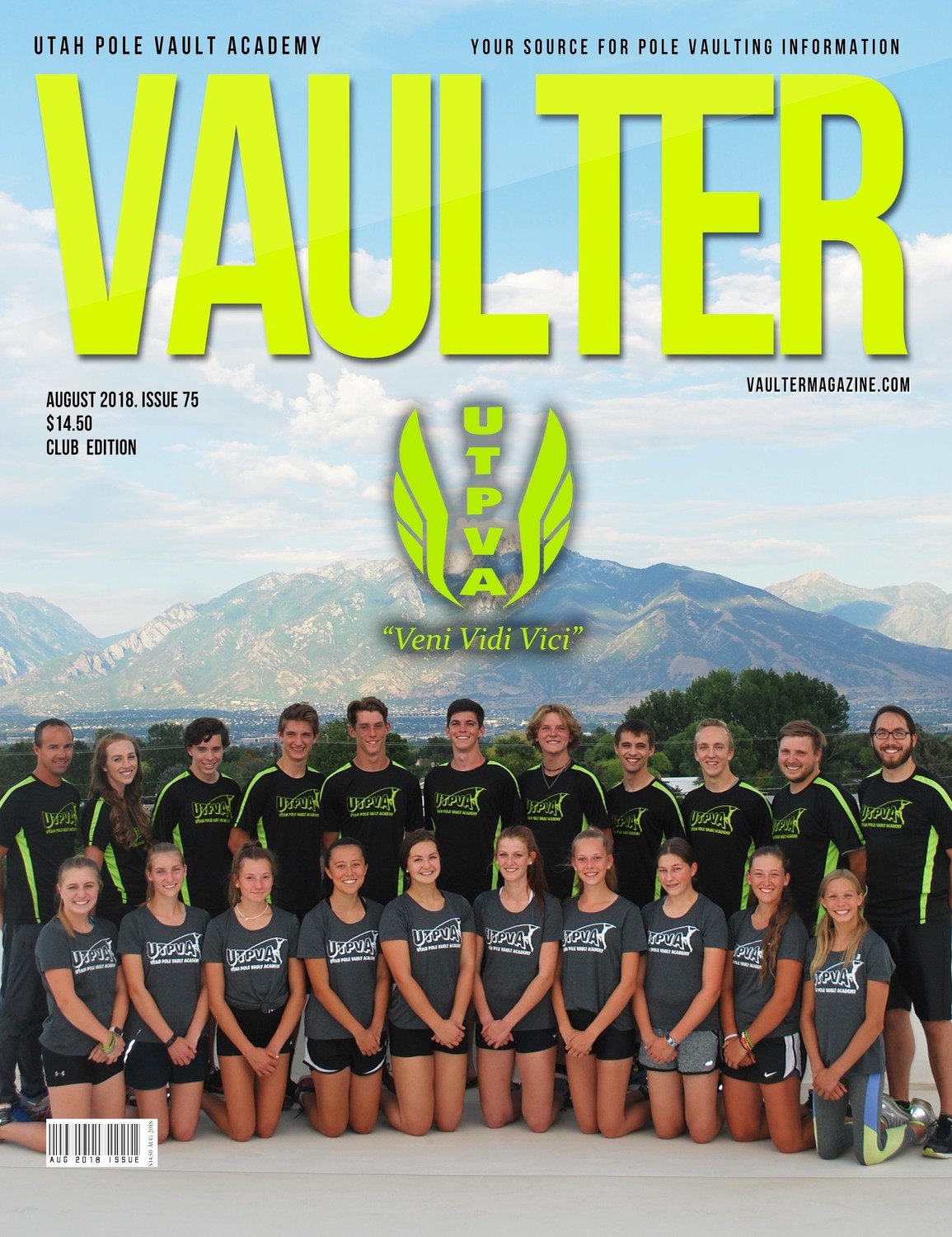 Thank you to our Advertisers. The partners that help our cause, the companies that bring this magazine to your every month! Thank you!

Street Vaults, USATF Junior Olympics, Beach Vaults, Summer Meets and more are starting to wind down and the rest period before fall training is starting to begin. Soon you will get back to school and start your next year of high school, middle school, and college. Rest is the name of the game during this period and getting yourself mentally prepared for the fall workouts is a must. Healing and recovery may be needed for both your mental and physical body aspects of the vault. Take the time and do it right!

Pole Vault news, “men's pole vault – IAAF World U20 Championships Tampere 2018 ” On a week where nothing seemed certain, where no favourite seemed impervious to the pressure of a major championship final, Sweden’s Armand ‘Mondo’ Duplantis was ice cool, dispatching his rivals to take Sweden’s first ever men’s pole vault gold with the minimum of fuss.(2018). (https://www.iaaf.org/news/report/report-mens-pole-vault-iaaf-world-u20-champ)

“women’s pole vault – IAAF World U20 Championships Tampere 2018 ” (Amalie Svabikova produced the finest series in her of her life to dominate the pole vault and nab the first medal at these Championships for the Czech Republic. (2018). Retrieved from (https://www.iaaf.org/news/report/womens-pole-vault-report-iaaf-world-u20-champ)

On the cover, Utah Pole Vault Academy. We talk with Kody Pierce about his club, starting it up after seeing his mentor Dean Starkey run his club and his love for the sport. Building his facility in Riverton, Utah, Kody has caught the eye of many around the area and has coached some of the best. "Motivated by what he had seen at Dean Starkey’s club, Kody decided the best thing to do for his vaulters would be to establish a club, and in 2015 he built a facility to train his athletes in year round." Check it out and see what it takes to get your club off the ground and ready to go in your hometown, just like Kody. Samantha knocks it out of the park and gives the ready and interesting perspective into this club.

Kreager Taber kettlebell training and the help that it provides when transitioning from bells over to weights. "Instead of gradually increasing weight and easing themselves back into the weight room after a relaxing summer, many athletes strive to lift the same weights that they hit at the end of the spring season." We love using kettlebells to train and use them as often as we can with our pole vaulters. Kreager has an eye for writing articles about the sport we love and what it takes to get stronger, faster, and mentally strong.

Check us out next month when we look into the world of the USATF Junior Olympics and what it takes to get involved and if you even should. Stay tuned, this will get interesting.