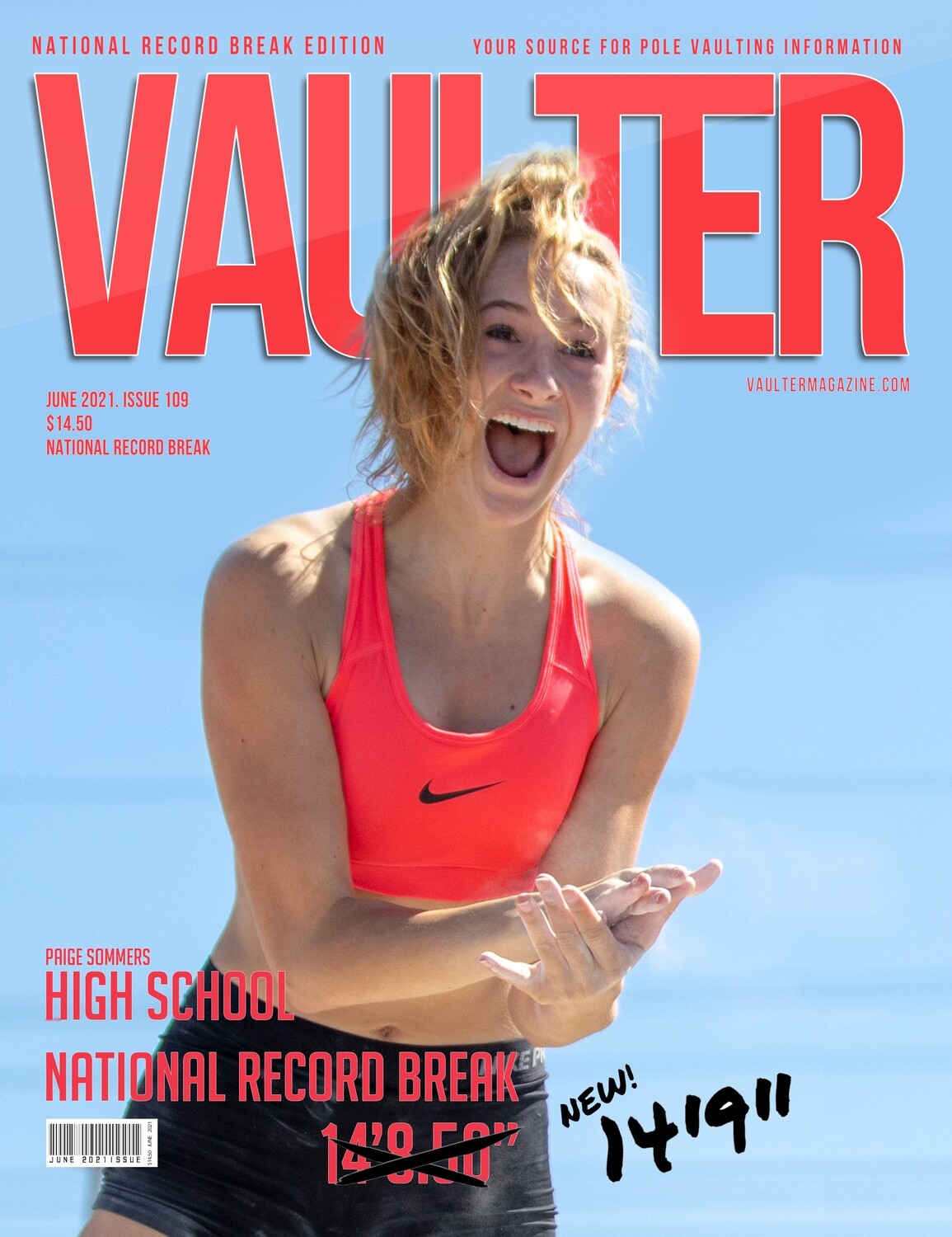 June and Vaulter Magazine is trying to bring the 80’s type of California atmosphere back to the state. You remember back in the days when California was at the top of its game for just about everything that had to do with sports and all things business and education-related. With all of that said, we are seeing some of the best of the best when it comes to pole vault at our elite training facility. Not to mention, on the cover of Vaulter Magazine. May has flown by and the seniors are graduating from high school, college vaulters are heading to the NCAA’s in Eugene, Oregon, and professional athletes are headed to the Olympic trials. Before you know it July will be here and summer will be in full motion.

“Founded by Collin Gayde and Joe Herron, Pole Vault Elite (based in Fortville, Ind.) has become central Indiana’s premier pole vault club, but not without a few obstacles along the way.” Bubba Sparks is in the mix again with Pole Vault Elite and what they have started in Indiana. Like the rest of us serious club owners, this club has put in the time, effort, money, and energy to bring bigger and better to the sport. With a new facility and a determined team, these guys are doing what it takes to take care of the kids.Good job Bubba!

July is next and we should have an Olympic Trials cover, but you never know as the country of Japan is currently being ravished by a second strain of Covid-19. This strain has taken its toll on the communities around the country of Japan and many citizens are protesting the event. This month the U.S. State Department issue a no travel ban for Japan just two months out from the Olympics. Time will tell and I’m sure there will be an Olympics, too much money is meant to be made to stop it, no matter what the circumstances. So hang tight and we will have it all covered for you from start to finish.