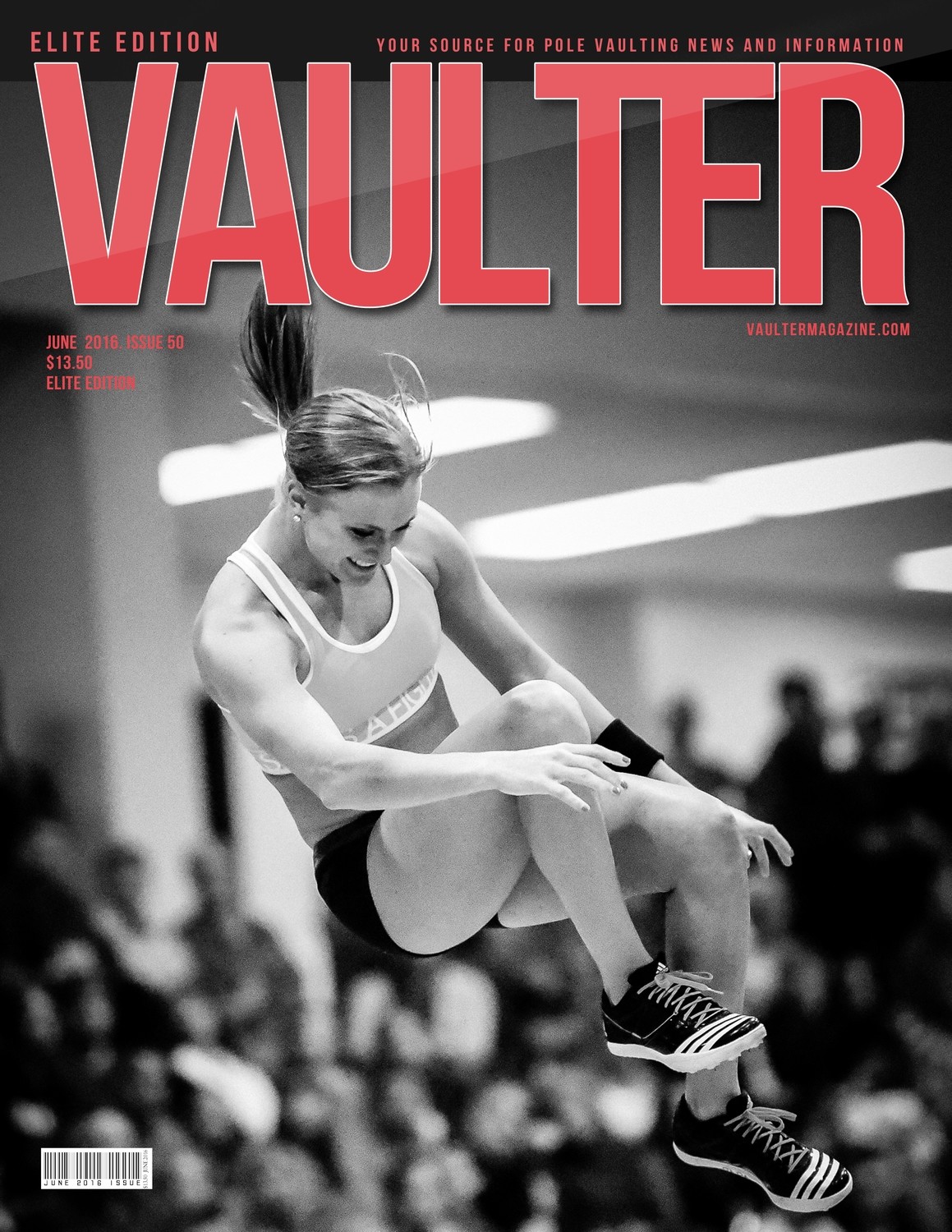 This is the Katie Nageotte Vaulter Magazine June 2016 Issue of VAULTER Magazine. Most sought after print magazine for The Pole Vaulter and the pole vaulting fan. Now you have the unfair advantage in pole vault!

Summer is here! Time to soak up the sun and get some much-needed rest before summer meets begin!

This month, the magazine is packed full with two great feature articles, another article from Michael Soule, and an article on Diamara Planell.

Michael Soule wrote another article for those getting back into pole vaulting. This month he covers how to re-teach yourself the plant, and keeping yourself from doing a “roundhouse plant.” This plant is a habit Michael himself had to break, and he has really good suggestions on how to do it yourself. Check it out!

Adele Correale San Miguel has written an article on Diamara Planell. Diamara is the elite vaulter who will be representing Puerto Rico in the Rio Olympics. This article talks about Diamara’s life growing up and her success with pole vault. This vaulter is a competitor with her eyes on the prize. She sets herself a goal and does not stop until she achieves it. Don’t miss her story!

Our featured University this month is Southeast Missouri State University. Having competed in the same conference as this team, I know them very well and am very excited to have them in our magazine. Coach Tim Rademaker has a lot to offer his vaulters and will welcome any vaulter who will trust him into their pole-vault family. This is a great team where you will be surrounded by teammates who want you to succeed just as much as you do. The SEMO Redhawks are worth your time—great team, great competitors, and great big family.

Our featured elite this month is the one-and-only Katie Nageotte. If you have had the pleasure of meeting this vaulter, you will know that she is wonderful to be around and lights up any room. She has an incredible pole-vault journey where there were many struggles along the way, but she has come out on top and is now a successful elite pole vaulter. Her story is touching. Her encouragement is great. Her positive attitude is inspiring. Her advice is second-to-none. Her goals are reachable. Jump on over to her article, it is long, but beyond worth it.

Thank you, everyone, for being awesome supporters. We could not do what we do without you. Enjoy the warmer weather, and get excited for summer meets and the Olympics to come! Until next month, keep flying!