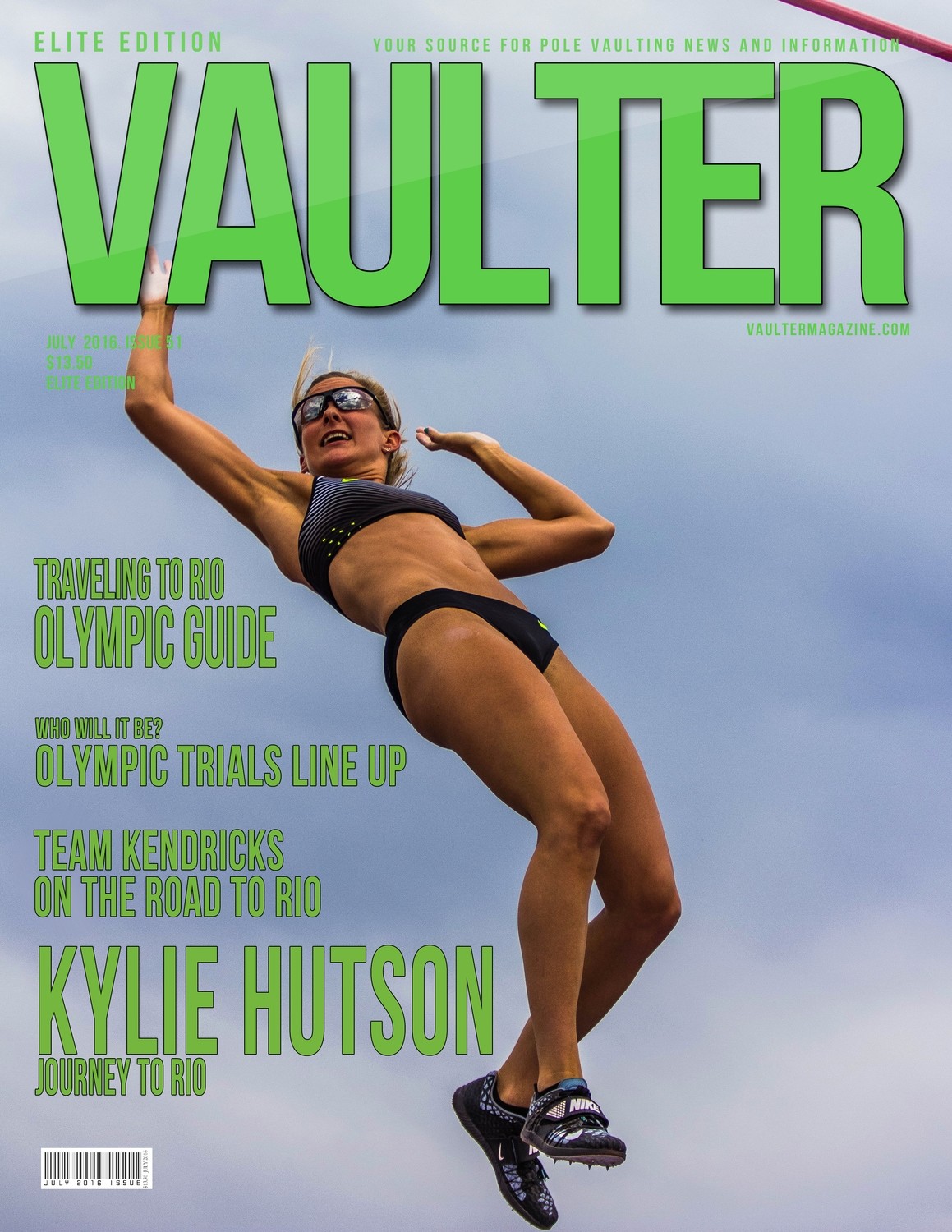 It’s already July! The Olympics are next month! The Olympic Trials will be fun to watch and see who will make the Olympic Team. There is definitely going to be an intense competition for the top two spots. This month we have a quick article of who you should keep your eye out for at the Trials. There are some great vaulters headed to Eugene.

We also have an article from Adele San Miguel about Scott Houston. Scott is a college coach as well as a pole vault Olympic hopeful who will be in Eugene competing for a spot of the Team. Scott has been and influential coach to his athletes and has helped vaulters become the best they can be. He has a great story you will not want to miss.

For all of you traveling to Rio, we have a little guide to help you with some last-minute plans. You already have your tickets and accommodation, but there are a few things you will not want to miss while you’re in Brazil. Be sure to know how you are going to travel place to place. We have a few suggestions for you to consider. You will have a fantastic time! Check out our guide, hopefully it will help you with your trip.

One of our featured vaulters this month is Sam Kendricks. He’s been preparing for the Olympic Trials the last few months and is ready to earn his spot on the Team. He and his coach, his dad, have a good story and have a great relationship that they built throughout the years. Young in age, but wise beyond his years in this great sport, Sam gives great advice to young vaulters and sets the best possible example. We all love this vaulter, don’t miss his story!

Our other featured vaulter is Kylie Hutson. Kylie too is getting ready for the competition in Eugene. Kylie had some struggles last year, but she came out on top stronger and ready to fight for a spot on the Team. She too sets a great example for the younger vaulters, and gives great advice. Check out her story, and keep an eye out for her at the Olympic Trials!

That’s all this month! Keep flying high at all your summer meets. Don’t miss the Trials this month and don’t forget to support the pole vaulters competing for a spot to compete for your country! It’s going to be a great competition. Until next month, keep it up with you summer training and meets, and don’t forget to have fun!