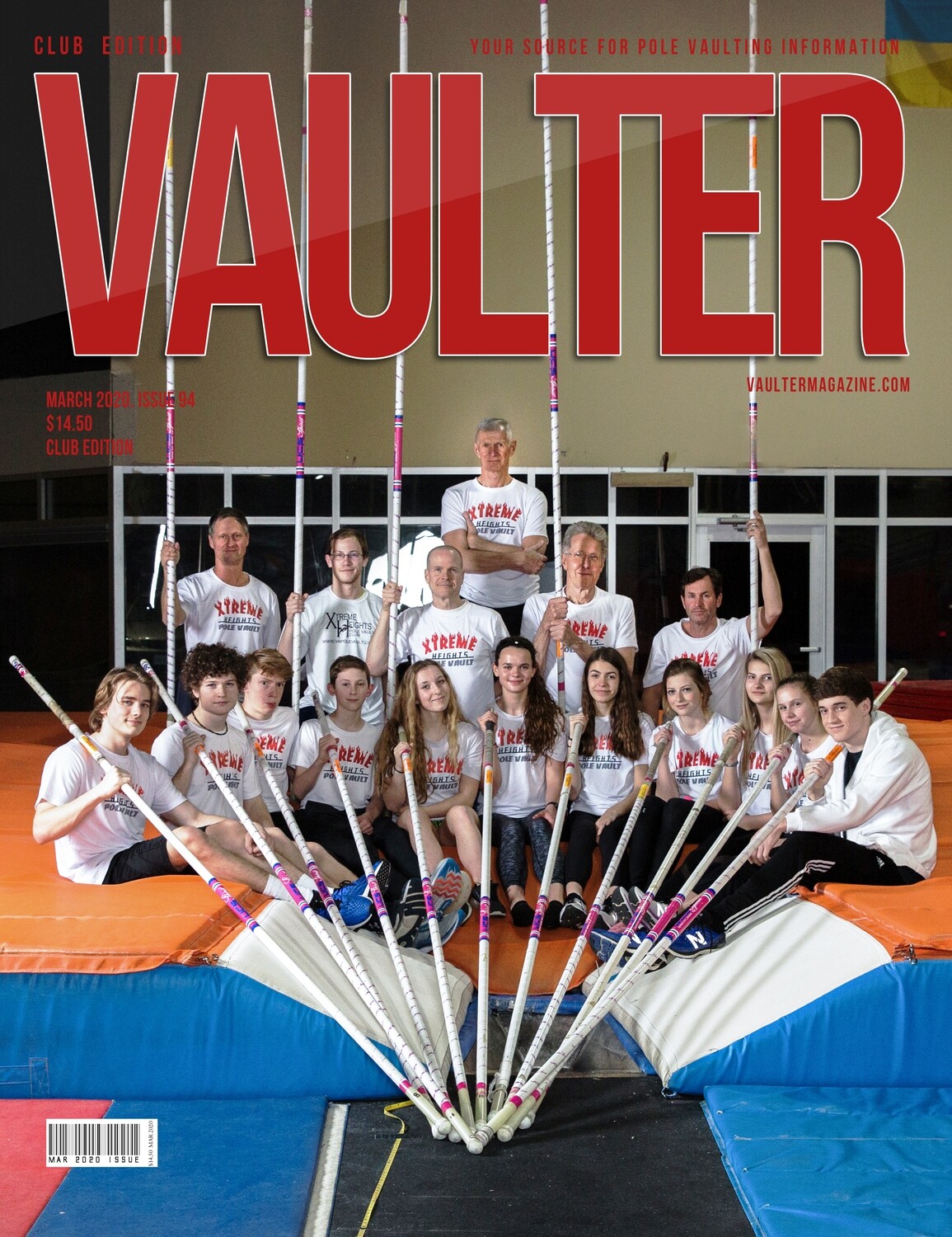 March Madness is here! What a great time to feature a club that coaches not only pole vault but also gymnastics in a unique way. The college indoor season is wrapping up or just about done, and the outdoor is underway for many high schools.

On the cover, we have Xtreme Heights pole vault club. We have been back and forth with this club asking about getting them on the cover, and now we have. We had a chance to meet at the summit, and he has one heck of a story as a head coach. “Born in the Ukraine, Val Osipenko began running track at the age of nine. When he was just 12 years old, Val picked up a pole for the first time, and the sport has been a huge part of his life ever since.”

John Clark, at the age of 62, has no room for stopping as a masters pole vaulter. He talks about his last two meets and the fun that he had, and he also has an announcement. “Last month marked the official release of my new book, “Finally Fit: It’s Never Too Late to Achieve a Dream.” This is the story of how learning to pole vault for the first time ever beginning at age 60 transformed – and most likely saved – my life.” Get your copy today on Amazon.

Kreager Taber talks about Mondo Duplantis and his world record breaker as he heads into the 202 Tokyo Olympics. “Duplantis began his record breaking month in Düsseldorf, Germany, where he easily cleared 6.00 meters and ended with a close miss at 6.17 meters, one centimeter above the previous world record set by Renaud Lavillenie of France in 2014.” Great to see history unfolding before our eyes, and this is an article you will not want to miss. Good job Kreager

The month of April will bring on San Diego State University. It’s been a couple of years, and a lot has happened for this team. Can’t wait to catch up. 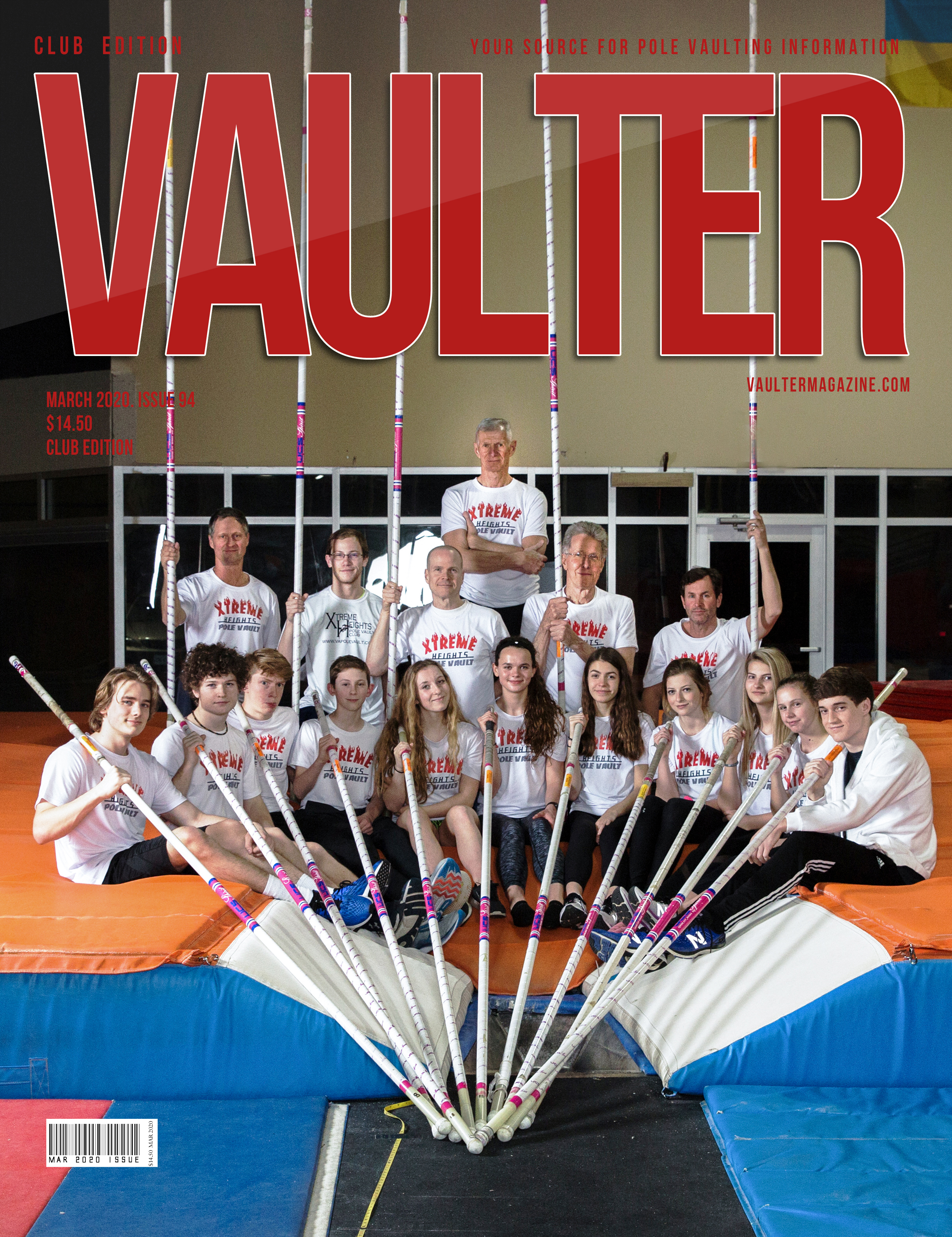