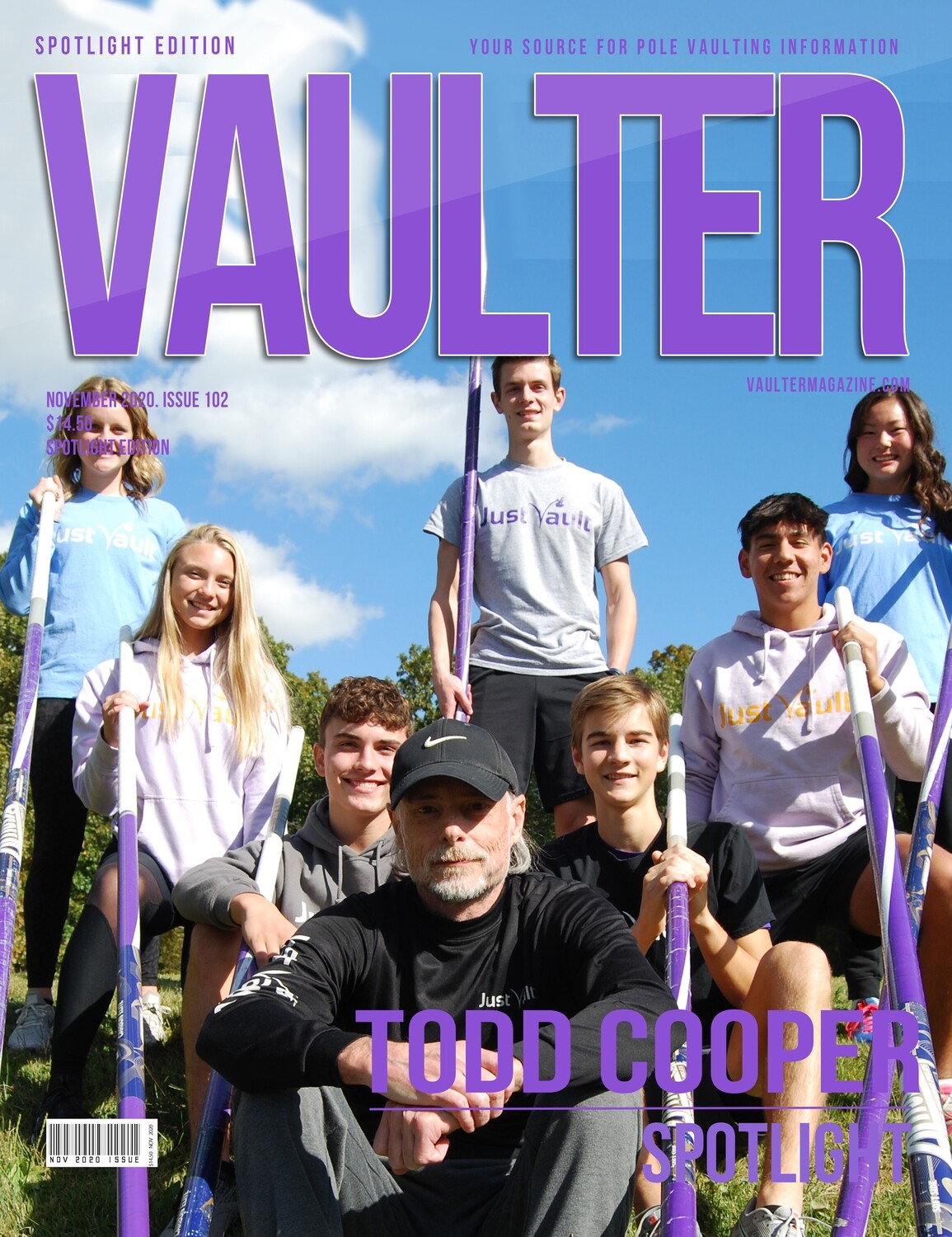 October where did you go? Just like that October started and boom, now it is ending as quickly as it showed up. The weather has finally cooled down and we are starting to see and feel the chill in the air. Many states have already witnessed snow and cold, here in California, cold but no snow.

On the cover of the magazine, we have a coach out of Missouri that is no stranger to the pole vault world. Well deserving of the cover for the month of November as we always look for that which makes us thankful. “Todd Cooper has developed talent and produced excellence at every level in the sport of pole vault. His own experience as an athlete of the sport as well as his undeniable influence at the collegiate, high school, and club levels make Coach Todd Cooper an outstanding figure which the pole vault community is thankful to have.”

Masters Symposium is all the rage for last month with everyone gathering down in Texas. John Clark was there and he had one heck of a time supporting his masters' vaulters. “One of those attending her first Symposium was Angela Herzner, a Phoenix, Ariz., firefighter who primarily competes in Masters shot put, discus, hammer throw, pentathlon, decathlon, and indoor heptathlon. She was all smiles after recording a new P.R. of 10-6, and nearly clearing 11 feet.”

Our buddies and a favorite coach of ours out of Atlanta wanted to take a leap into pole vault history and write a few articles for the magazine. “Emulating the Best” By Matt Barry – Coach Pole Vault Atlanta. Matt started seeing and reading a few pole vault, “How To” books in the past few months, and thought he would chime in on the topic. “In an event where the club system has grown tremendously over the past ten years, there are now well over 100 different pole vault clubs in the country. These clubs have produced an era of dominance by the girls from the Northwestern part of the nation and boys from the South in Arkansas, Texas, and Louisiana.” Thank you, Matt, very well written and we appreciate your time.

November is here and there is so much to be thankful for in 2020. Much of the country is still struggling with a virus and the flu season is right around the corner so there will be more to come. We hope to provide a safe and welcoming experience for the next couple of months as we have meets for athletes of all ages. As a privately owned club on private property, we have that option. November 7th, 2020 will be our first meet in our four-meet series that will conclude at the 2021 EXPO Explosion in Belton, Texas. Hopefully, we will see you all there. Could be the only large format meet for the pole vault community in January.