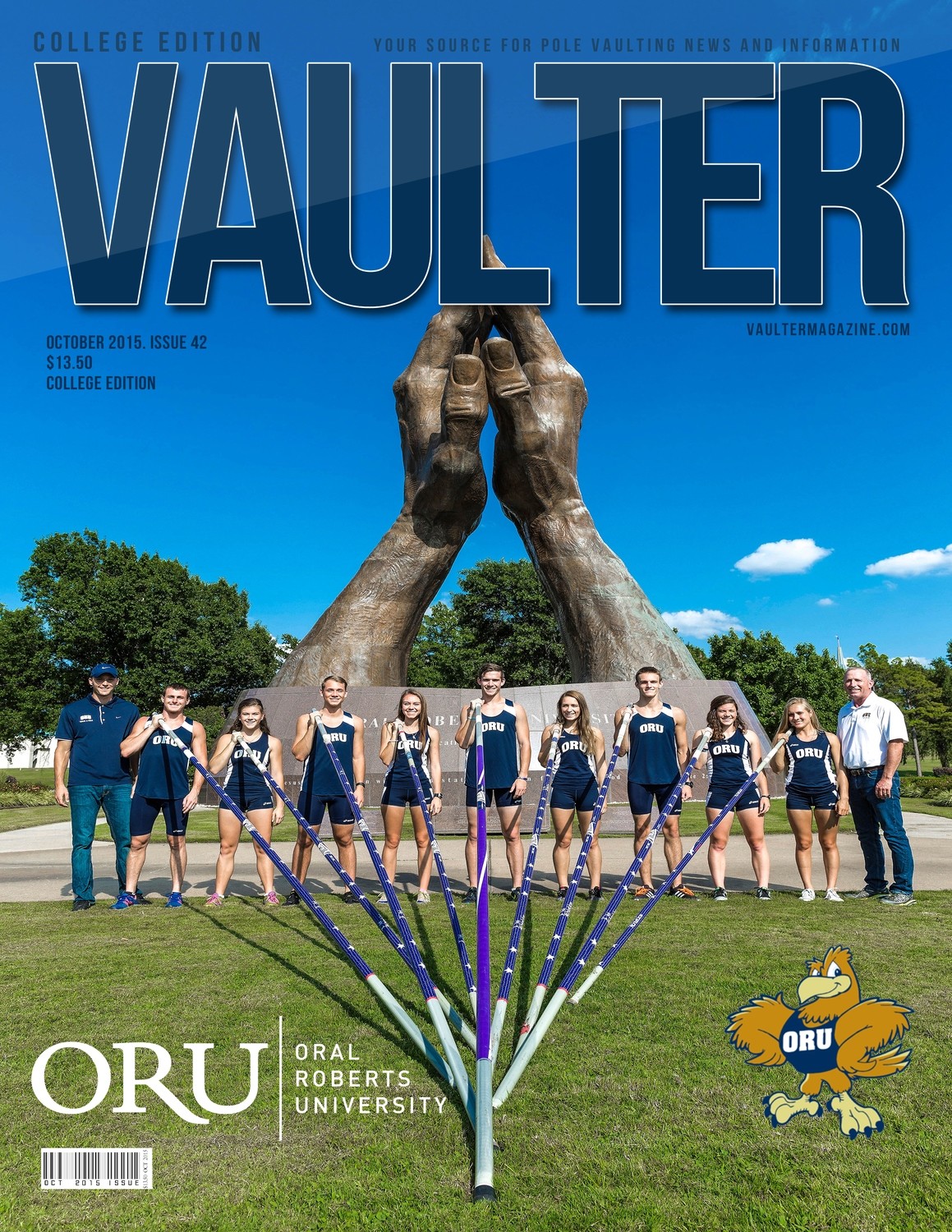 Pumpkin patches, haunted houses, gorgeous trees—fall is here! You’ve settled into living at school and are used to your classes. Pre-season training isn’t quite so brutal now and early-bird meets are just around the corner! For this issue of Vaulter Magazine, we have a range of topics for you!

Mary Saxer was recently interviewed about her life as an elite pole-vaulter. This month, we have published that interview! Mary talks about how she trains, when she rests, what she eats, and so much more. Sometimes knowing what the professionals do helps those who want to be professional one day. All elites started from square one and eventually worked their way to the top. If you are interested in how this gem trains and lives her life as a professional vaulter, flip on over and check out her interview!

Who has broken a pole? Who has broken a pole in a competition? How hard was it to continue jumping after breaking your pole? It’s not easy and not everyone has experienced what it is like. But Junior in high school Nikki Ogorek has. At the end of her sophomore year, at Junior Olympics, Nikki broke her first pole on her opening jump. But not only did she continue to compete, Nikki overcame a mental barrier that takes a long time for many vaulters to overcome! How did she do it? Check out her article and read what happened, what she did to overcome it, and her advice on how to get past something as rattling as breaking a pole.

Because there is a massive pit for pole vaulters to land on, you would think that it would be hard to miss, but for some reason we all seem to miss it. Sometimes we fall short and land in the box. That’s exactly what college sophomore, Jady Tolda did—she didn’t get deep enough into the pit and fell in the box. It doesn’t happen very often, but Jady found herself with a concussion that put her on a very long road to recovery. This recovery process has taught her many things about brain injuries and how to heal properly. If anyone has had a concussion, or needs a general knowledge of what to do if the time ever comes, you should read her article. The thought of getting hurt is always scary, but it’s possible and Jady’s article will help you know what to do.

Last but most certainly not least, our featured university this month is Oral Roberts University. Under the supervision of Coach Joe Dial, the Golden Eagle vault crew is training hard for the upcoming seasons. Alongside Coach Dial is elite vaulter Jack Whitt, who will be coaching the team as well. Oral Roberts University has so much to offer their track team and pole vaulters. If anyone is interested in going to a college that isn’t very big, has a breath-taking campus, and has a track team that is like a family, you need to look into Oral Roberts University! This pole vault crew will do great things—check them out!

Don’t forget to submit your images for our calendar contest! We look forward to seeing more progress from all of you. See you next month!