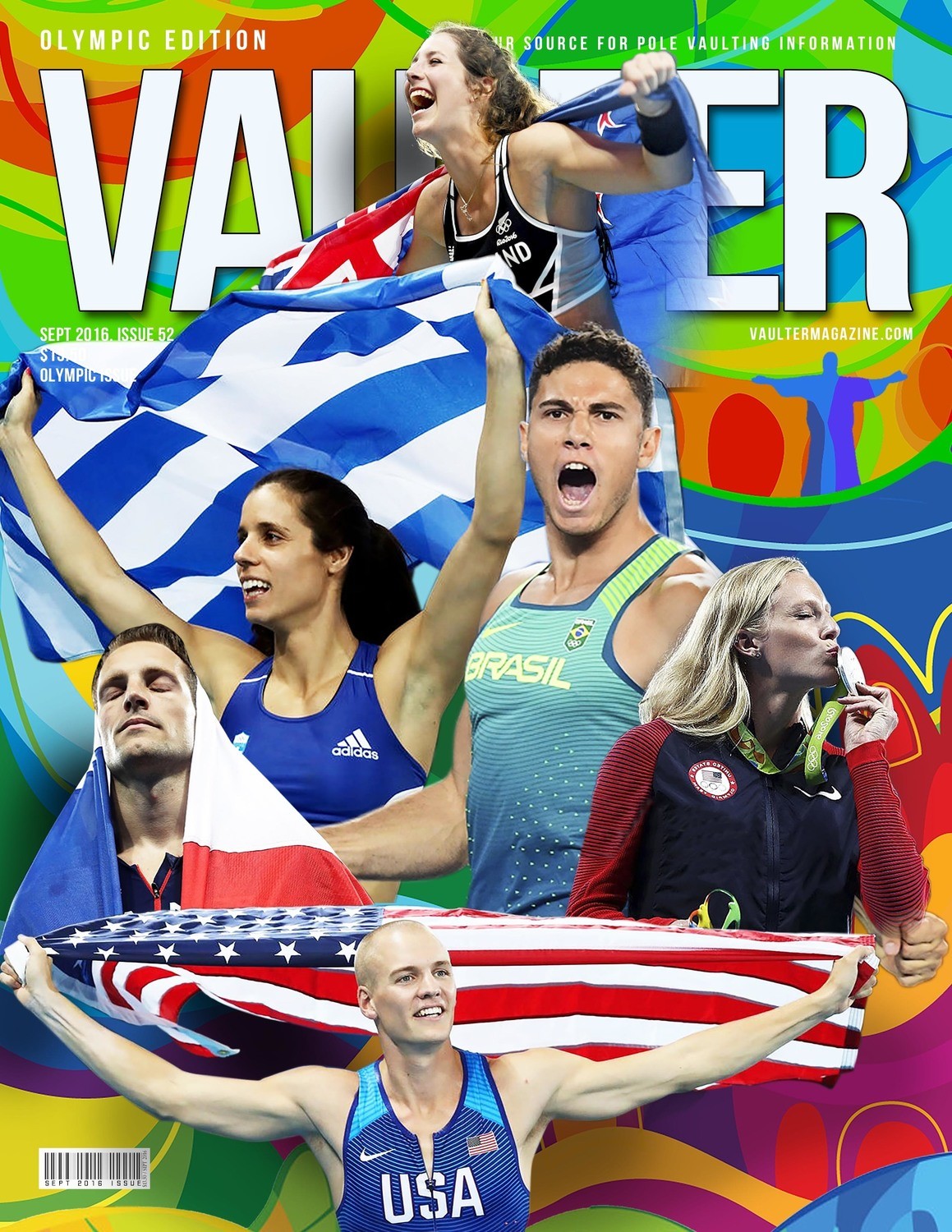 Fall semester is here! After an incredible Olympic Games, the 2016/2017 school year has begun. For all of you in college, pre-season training is just around the corner!

Did you watch the Olympic pole vault competitions? I did! What an amazing performance from so many athletes and a huge congratulations for all of those who made it onto the podium.

In the magazine this month we have Thiago da Silva and his story, as well as a recap of the men’s competition. Thiago’s Olympic journey started with he was just 13 years old, and just three years ago, people said he was the future of Brail pole vault. Whoever said that was right. Thiago made history when he won gold in his home country. What an incredible story and amazing athlete. Check it out!

We also have another article by Robert Andrews. If you missed his first article last month, Robert is a sports injury specialist, performance consultant based in Houston, Texas. He works with Olympic and professional athletes from all over the world, and has worked with many pole vaulters. This month he has written an article on how to be mentally ready for a competition. It’s so easy to let other things distract us during competition and sometimes, we don’t even know they are distracting us! Robert yet again puts his advice to paper for any of you who needs the help to succeed. Just like last month, you won’t want to miss this article!

Our other athlete this month is Katerina Stefanidi. This Greek pole vaulter has been jumping huge bars this last year, and she now has an Olympic gold medal. The women’s competition was intense, and at the end of it all, three great athletes stood with a medal around their necks. Katerina has inspired many young athletes to keep pursuing their dreams and to never give up. Katerina trained hard for her dream and all that hard work finally paid off. Don’t miss this recap of the women’s competition and how Katerina’s story began.

After watching such an amazing Olympic Games, did you notice how awesome the athletes were to each other? Did you notice how amazed the commentators were to see such a positive atmosphere during the competition? That’s what’s so great about pole vault—one big team cheering on everyone. Sam Kendricks doing a victory lap with Thiago. Alana Boyd congratulating Eliza McCartney. Sandi Morris hugging Katerina in a tight embrace after Sandi’s missed attempt awarded Katerina gold. This is how Olympians act. So you want to be an Olympian one day? Your time to train like one starts now: on and off the runway. If you truly want to be an Olympian, you should be one in all aspects of pole vault, not just being a high vaulter. What memorable moments when all of these athletes, and more, treated the competitors as friends, and only treated the bar as competition. Continue the positivity in pole vault competitions. Continue to help this reputation grow. There is an article for you to read about competing like an Olympian. I hope it gives you something to think about on your Olympic journey.

That’s all for this month! Have a great start to your school year! Get excited for pre-season! Indoor season is just around the corner. Happy Fall, everyone!