Li’s teammate Ren Mengqian finished second at 4.40 while Anhui’ s Wu Sha, who also surged past 4.40, had to settle with the bronze after count back.

In the highly anticipated men’s 100m race, Beijing’s pinup sprinter Zhang Peimeng, who set a new national record of 10.00 seconds at the IAAF World Championships in Moscow last month, lived up to the expectation to snatch the gold in 10.08.

Guangdong’s Su Bingtian, who also advanced to the semifinals at the Moscow worlds, finished second in 10.12. Zhejiang’s Xie Zhenye, a 200m specialist, took the bronze in 10.32.

“I have been waiting for this moment for four years. Finally I can shrug off the pressure and enjoy the victory now,” said an excited Zhang, who finished second in the last National Games four years ago.

Zhang’s Beijing teammate Li Jinzhe equaled his personal best of 8.34 meters to win the men’s long jump event. The 24-year-old Beijinger, winner at the 2013 Diamond League Shanghai meet as well as the IAAF World Challenge Beijing leg, jumped 8.19 in the second round and went on to extend his lead to 8.34, a mark good enough for him to sit back and give up the last two jumps.

Hubei’s Su Xiongfeng took the silver at 8.08 while local jumper Zhang Yaoguang leaped over 7.98m in the third round to collect a bronze for team Liaoning.

In the women’s shot put event, Olympic and world bronze medalist Gong Lijiao continued her dominance in national arenas, winning the gold with her third round hurl of 19.75 meters.

Lavillenie: ‘I promised a Meeting Record to Wilfried’ 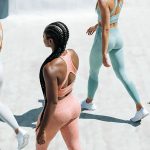