Men’s pole vault gold medal battle could be called a derby in which the three star Yang Yansheng from Shandong, Zhang and Xue Zhangrui characters are favorites to win the remaining 14 players, there are 10 players will soon stop at 5 meters 30 height of 5 meters above the level of 30, only three will be in Shandong and Liaoning team hosts Bo Zhou, Fujian Tang Zhanggui, Anhui Yao Jie jumped over.

Yang Yansheng minimum starting point is 5 meters 30, after the success of direct selection of the 5 m 50, but were knocked off two consecutive jump crossbar failed, and the third trial jump easily over the bar, the opponent cast under this height. But Anhui Yao Jie second jump 5 meters 50 to be successful, the height of the dispute can only continue.

Rose to a height of 5 meters last 76. Xue Changrui looking to break their own, rewrite record. Teammate Yang Yansheng national record is kept of 5.75 meters. Unfortunately, Xue Zhangrui had not made the first jump shot action falls on a vertical drop to the ground, the doctor came were simple treatment, Xue Changrui was sent to hospital for further treatment. reporter saw Xue Zhangrui standing up after a fall was also waved to the audience reported that Xue Changrui mostly leg injuries. 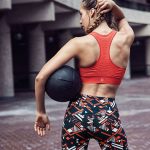 Thornblad and Rans ‘pool’ their resources