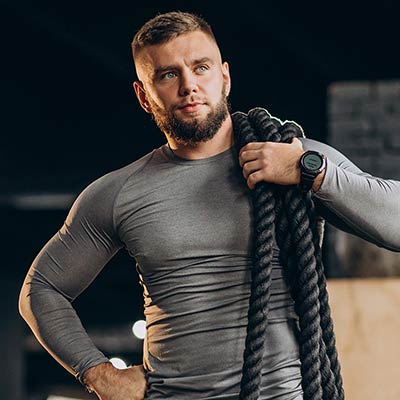 It was a rare off night for Kihei Charter’s Lucas Zarro on Saturday in the Victorino Ohana Invitational at the Yamamoto Track & Field Facility.

Zarro finished fifth in the pole vault by clearing 12 feet, 3 inches -far below his mark of 14 feet, which he set at last year’s state championship meet.

“Right now I’m just trying to get on a bigger pole,” said Zarro, who recently switched from a 14-foot pole to one a foot longer. The senior said the added length will help him go higher.

“It’s my last year and I really want to leave my mark,” he said.

The mark Zarro is aiming for is not necessarily a measurement.

Zarro wants to be the first student in school history to win a gold medal at the state championship meet.

“That was the first time in 40 years I’ve ever seen a jump-off,” said Tiger Sharks coach James Sparke. “I thought he was going to win it … he was so close.

Zarro has finished 13th, fifth and second at the state meet.

“There’s been a steady progression,” said Maui High School coach Allen Kennedy, who has trained Zarro for four years. “In his old age … I think he can do it.”

Zarro’s biggest competition at states might be another Valley Isle athlete.

Feiteira, who placed third at last year’s state meet, has his eyes on state gold and a vault of at least 15 feet.

Casteel, Lovejoy excel at 20-4A